We left Indiana the first part of July and headed about 50 miles north to Southern Michigan. We found a small campground which could accommodate us for a month while the Elkhart County Fairground held it's annual county fair. It is a pretty campground with tall trees and lots of shade. 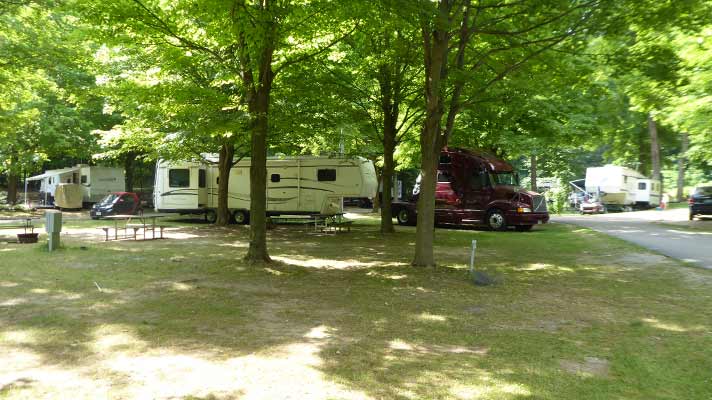 The weekdays are quiet (except for barking dogs) but weekends are full of tents and families. There is a small lake and plenty of walking trails and when it is not raining, they're interesting to explore. 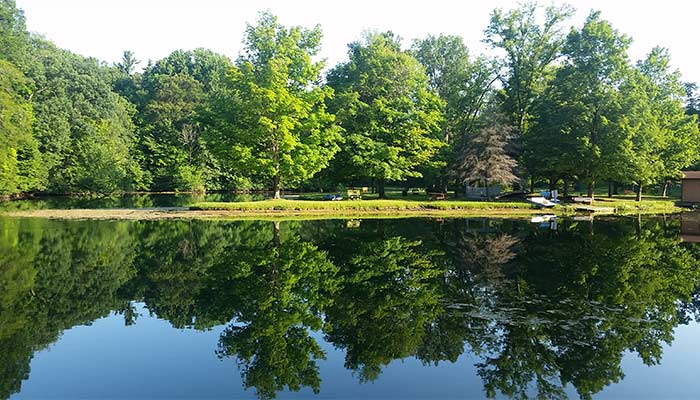 We had never been to Northern Michigan and decided to take a short trip to the top of the mitten while we were here. We didn't want to haul the trailer up there, so we decided to take the truck (with the scooter on back) to a campground and rough it.

We stayed in Cheboygan State Park did our sight seeing from there. It was a nice little campground. Since we knocked 40 feet off our length for this trip, we had more campsite options than usual. We chose one that backed up to a pretty little lake. 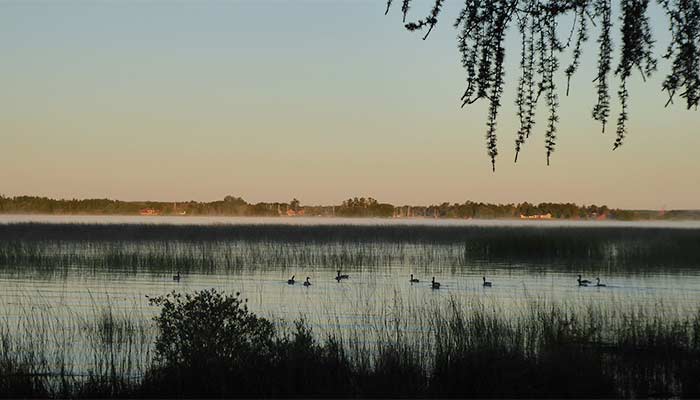 We had a few double takes and questions about our unique camping set up, but we eventually became just another camper at the park. 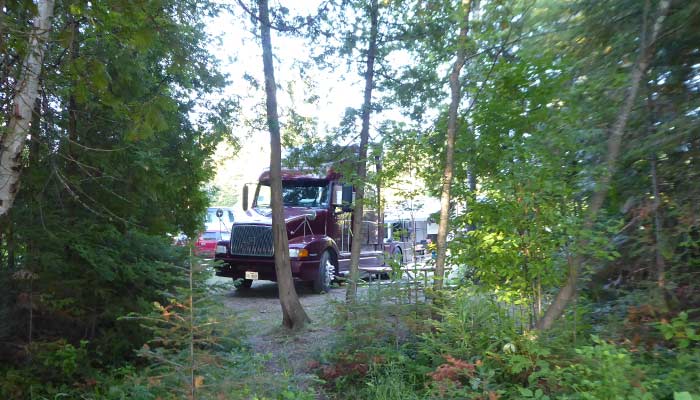 Trey had been researching ways to cool the interior of the truck without running the engine for the Truck's built in AC. This would be a good test of his experimental contraption. (Week 29) His efforts rewarded us with comfortable temperatures inside as the outside temps climbed into the 80's. (It's tough, we know) We still have a few tweaks to make to the system, but the Beta test was a success. It is good to know we can easily get away for a day or two and sleep comfortably without pulling the behemoth behind.

While there were a variety of things to do in the area, we narrowed our choices down to two.

We spent the first day exploring Mackinac Island. We did a little research and planned most of our day ahead of time, realizing we could alter those plans once we arrived if something looked more interesting. The only way to get to the island is by ferry. We chose the classic version and had a leisurely 40 minute ride from the mainland. 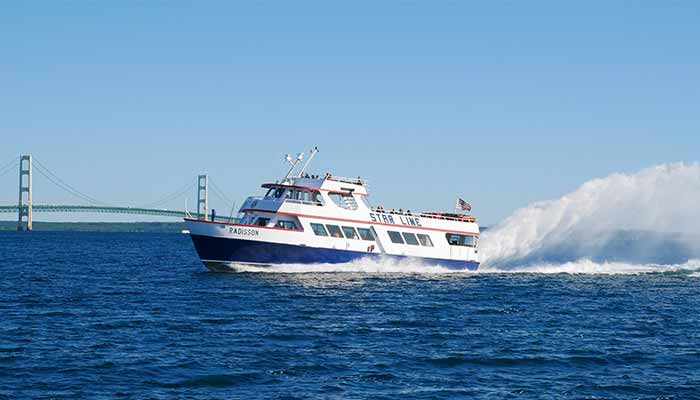 (This is not our ferry, this is the fast ferry passing us.)

Even before we stepped foot on the island, we could see the charm of the island and looked forward to our visit. Here are a few shots from the ferry. 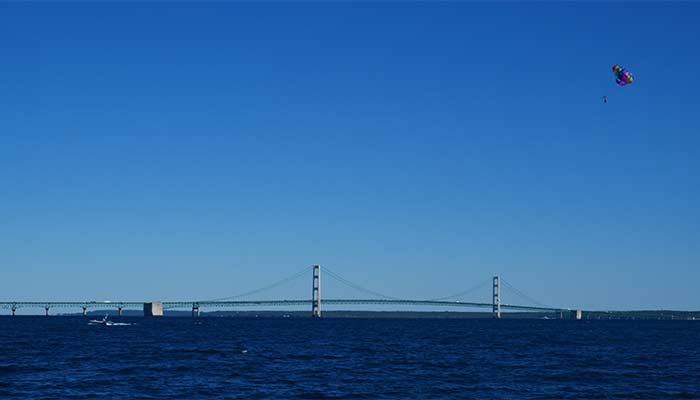 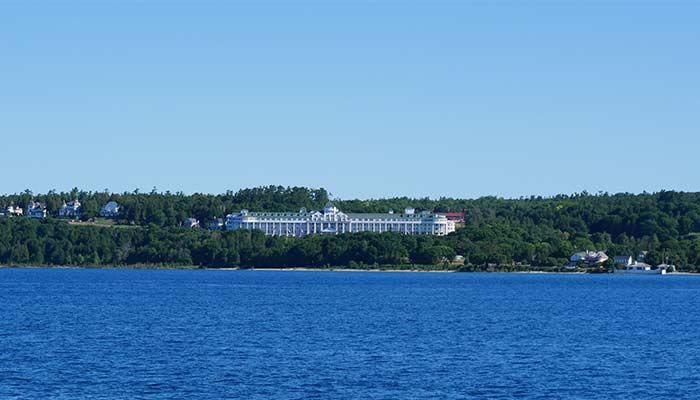 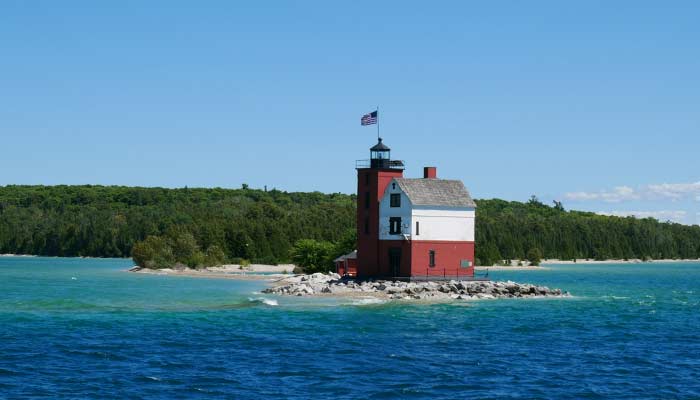 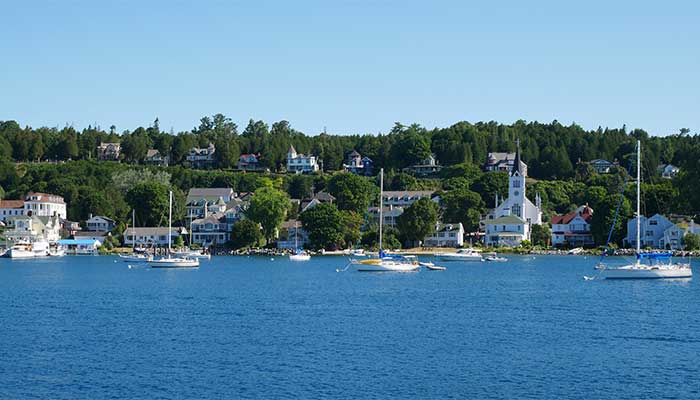 Mackinac Island has no motor vehicles, so you either walk, ride bikes, or rely on horses to get where you want to go (we walked). This is one of the three-horse carriages used to get around the island. 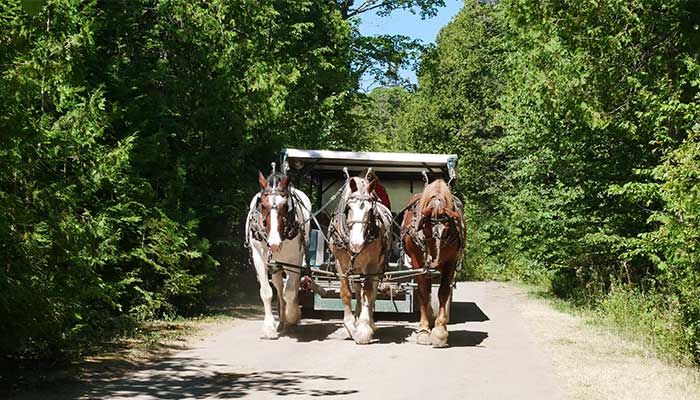 The streets were crammed with tourists, bikes, and horses. This picture probably shows the quietest moment we experienced on Main Street all day. 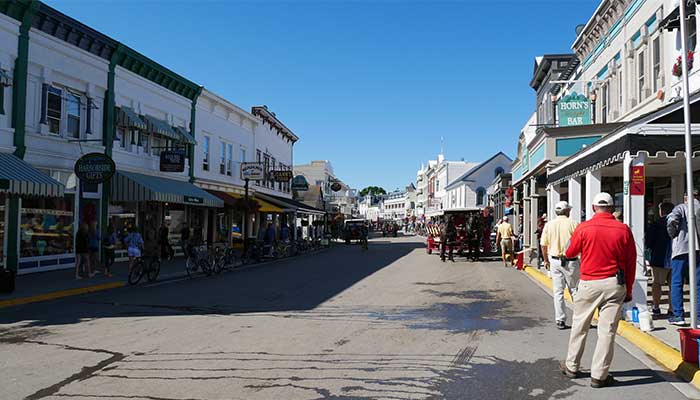 We stayed on the southern half of the island. Our fist destination was the Rock Arch. We walked about a mile to the opposite side of the island. The arch was nice, and the water of Lake Huron was crystal clear! 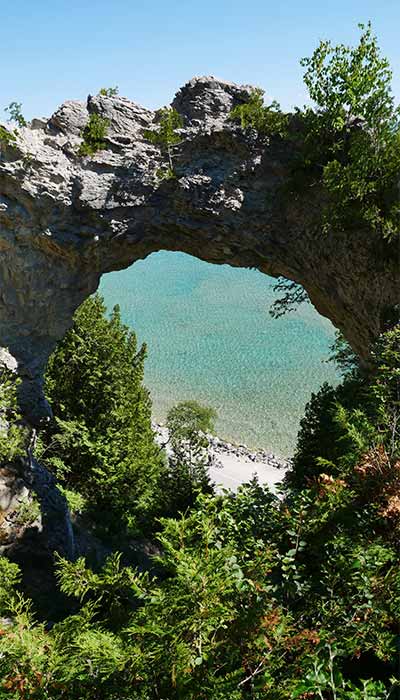 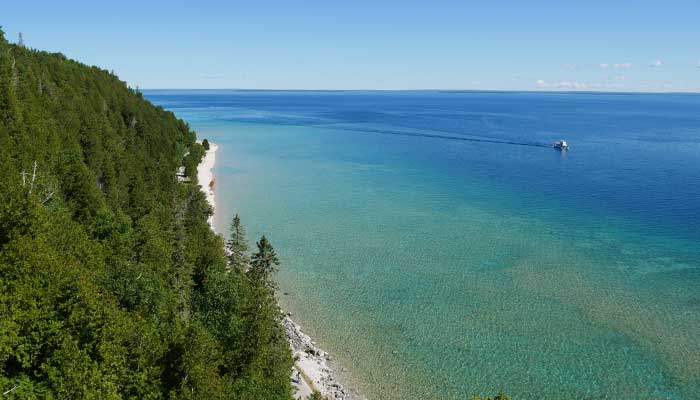 We took a detour to see Sugar Loaf, another rock formation just north west of the Arch. 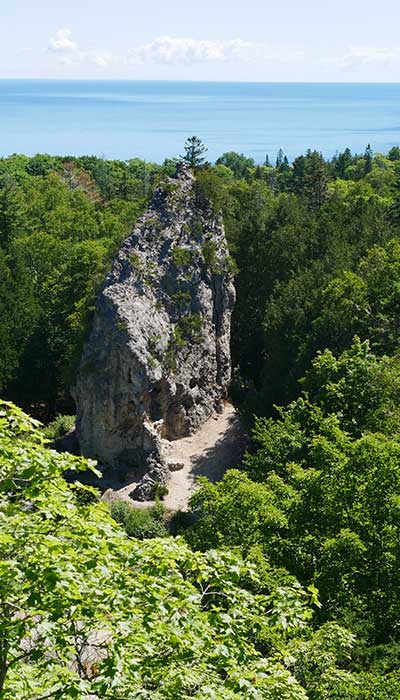 From Sugar Loaf, we traveled to the highest point of the island, Fort Holmes which offered some beautiful views of the straits of mackinac. 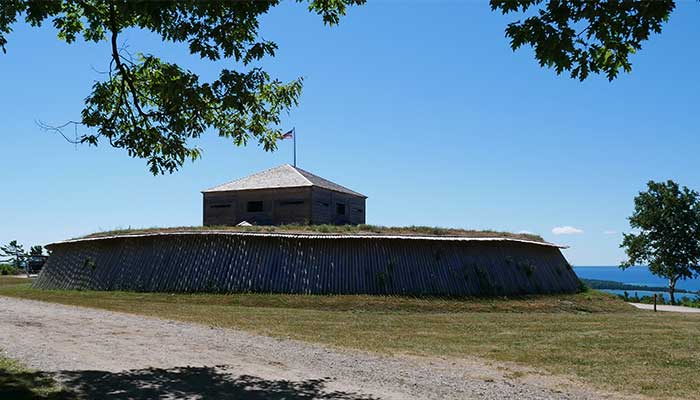 We also took a moment to feel patriotic on this beautiful day. 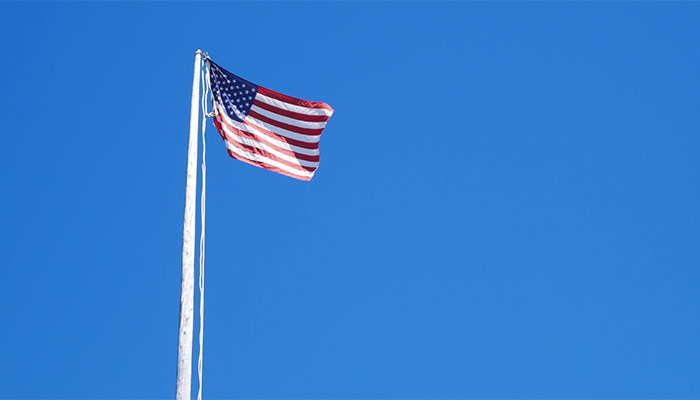 From Fort Holmes we walked past skull cave (not as interesting as it sounds) down to Fort Mackinac. We did a little exploring at the fort and watched a few demonstrations. The demonstrations at this fort were interesting because of the clever ways they included audience participation. In this particular presentation, they were demonstrating how soldiers practiced daily march formations. It would seem that this would be an easy task, but when the sergeant tried to instruct about 50 volunteers, it became quickly apparent why soldiers need to train daily. It isn't as easy as it looks! Kids and adults both loved this! 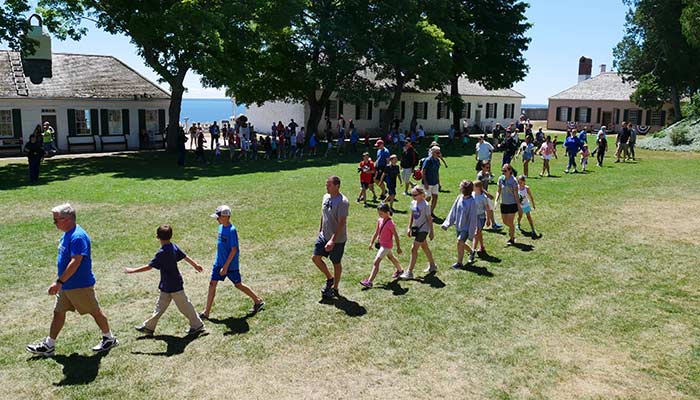 After visiting the fort, we visited the blacksmith shop and walked around town for about an hour until our ferry departure arrived. We enjoyed our time on the island, but one day was enough. Northern Michigan isn't cheap!

M 119 is a scenic road along the upper west coast of Michigan (along Lake Michigan) The 30 mile road is narrow and walled in by trees on either side almost the entire way. 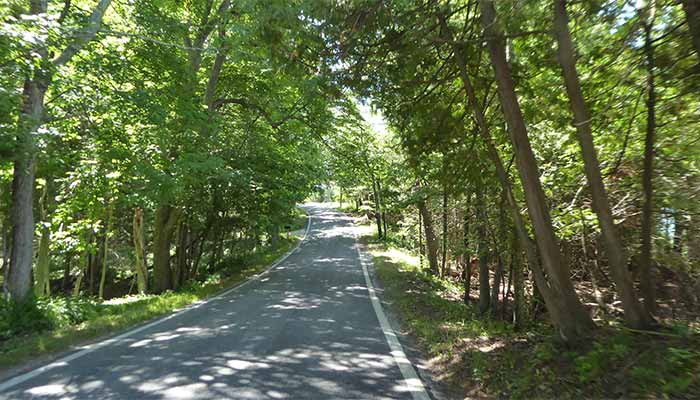 Occasionally you would see the lake to the west or a farm to the right, but mostly it was trees. 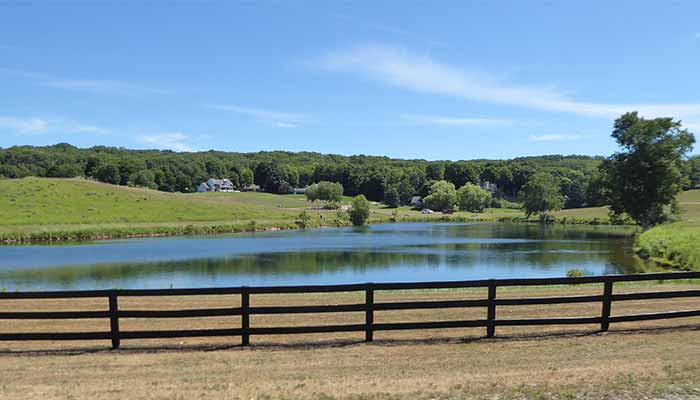 We stopped a couple of times to take short hikes down the hill and through the trees to see Lake Michigan. It felt good to get off the scooter for a bit and stretch our legs - especially after all the walking we did the day before!

One of the hikes we did was through the woods. It ended with about a downhill 1/4 mile walk through soft sand - never an easy task. 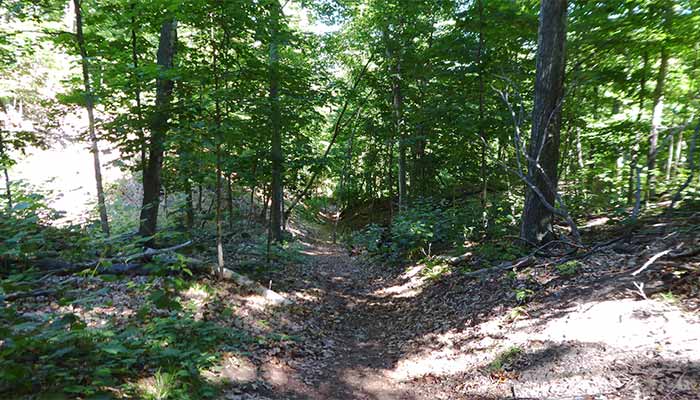 The beach at the end was its own reward. 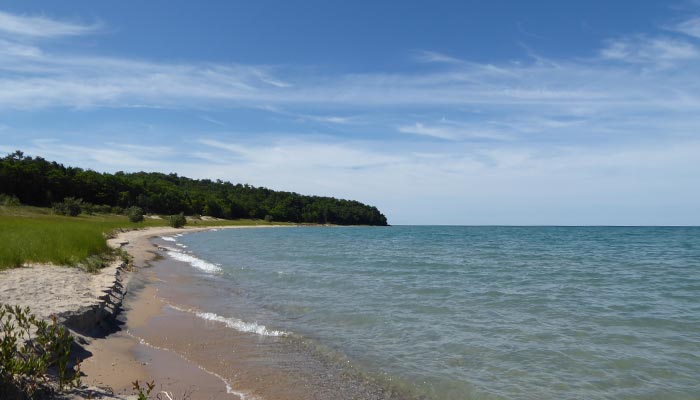 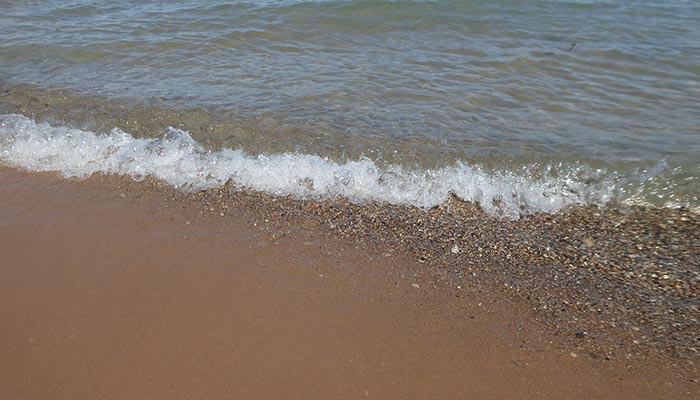 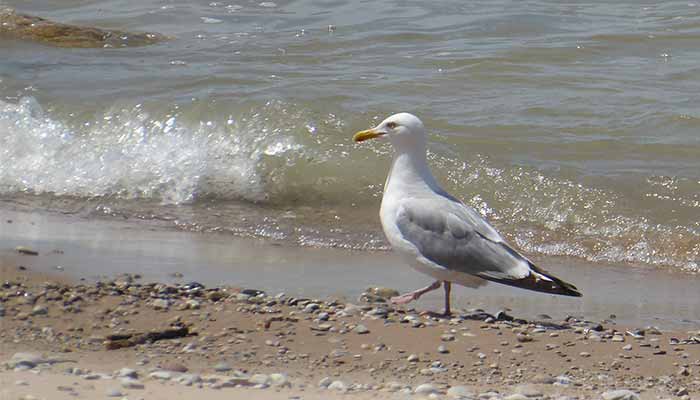 The second hike was through the Thorne Swift Nature Preserve. 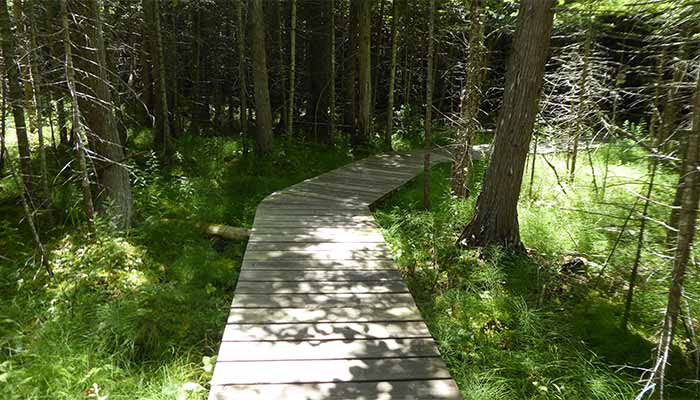 At our first stop, we ran into the preserve manager and got quick lessons on various flora and fauna in the area. We were thankful that he paused from his work to educate us. I guess teaching us was a bit more interesting than painting the outhouses.

Later in the walk, we spotted a young deer watching us in the woods. 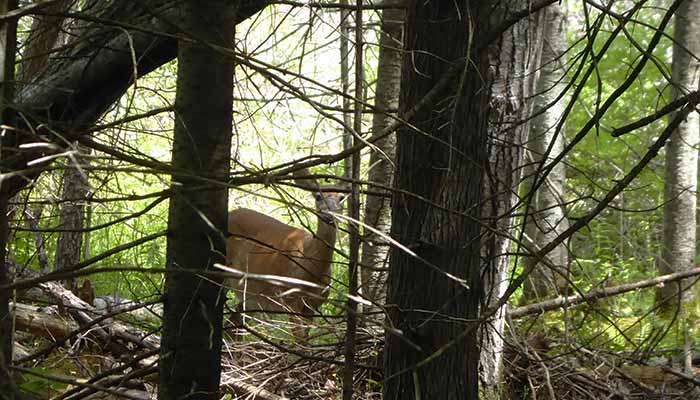 Shortly after our deer sighting, we spotted another example of nature. A circle of feathers (which Trey called the "circle of life ... and death") revealing that things are not always calm, even in serene nature preserves. 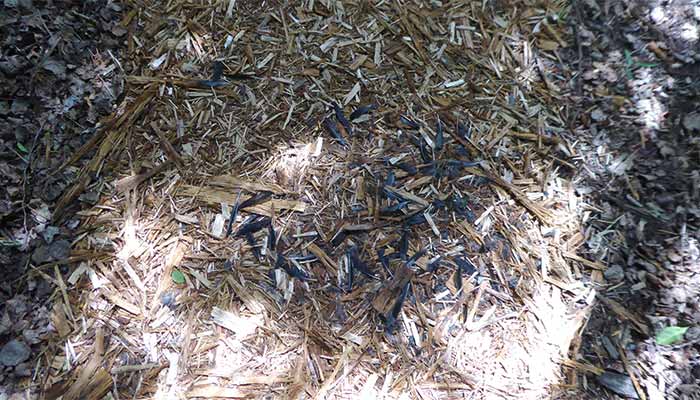 We drove to the end of the tunnel road and grabbed a late lunch. After that we returned and drove the same road in the opposite direction stopping at old country store for an ice cream cone. We hadn't been out for a full day on the scooter in a while and it felt good to explore once more.

We had considered going to the Upper Peninsula, but realized there just wasn't enough time. Maybe next trip.

We finished up July in Southern Michigan. We will return to Goshen, Indiana the first week of August.