All of June and the first part of July we stayed at the fairgrounds in Goshen, Indiana. As we mentioned before, the fairgrounds is an interesting place to stay. There are activities going on most weeks and there are always things to see on our daily walks.

Large local companies rent out the fairgrounds for family picnics. Some of these picnics are very large. 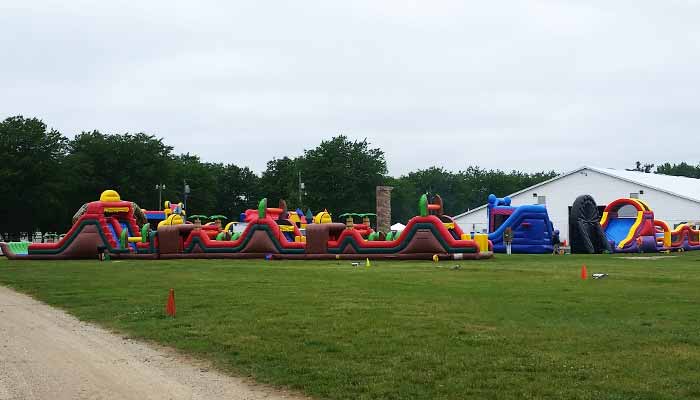 There are regular 4H programs going on. Dog Training goes on weekly, as do horse lessons and horse camps. One Saturday, we attended a goat show. It was interesting trying to figure out what the judges were looking for in these mischievous critters. 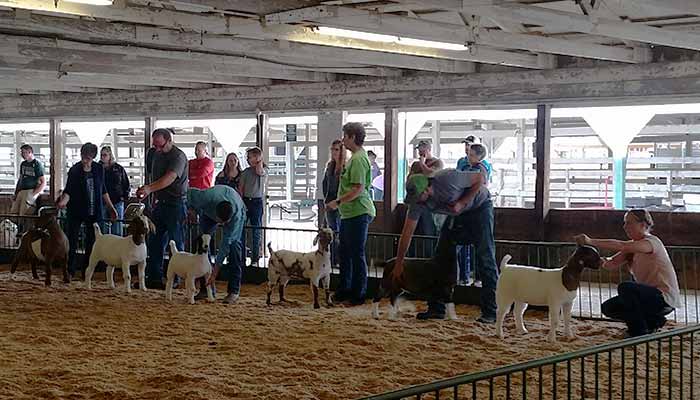 We have gotten out of the habit of carrying a phone or camera for pictures, so we missed several photo opportunities, but we still have a couple of months at the fairgrounds to capture the events there.

Buggies are always fun to see and one of the family picnics brought hundreds of Amish folks to the fairgrounds. These were parked just outside our RV. 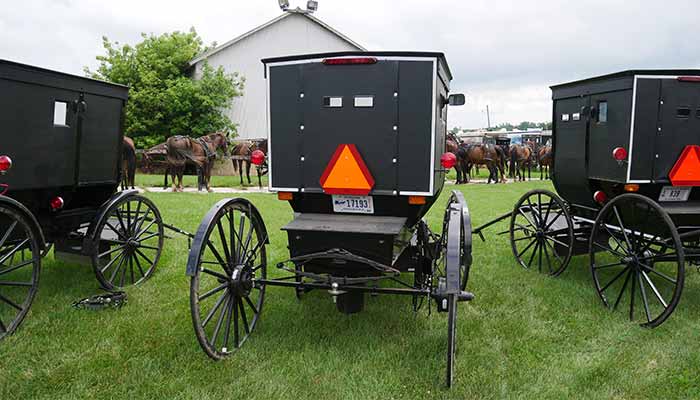 And these were just behind us. 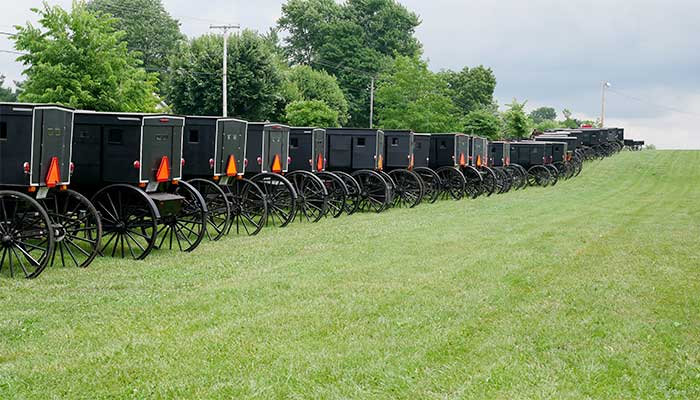 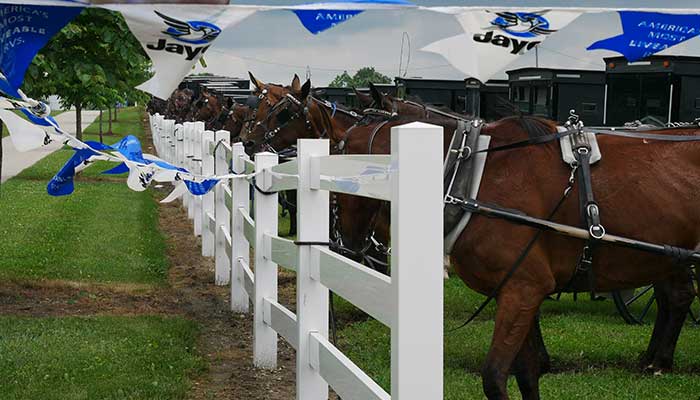 One of the ladies in charge of the grounds does such a wonderful job of creating points of interest throughout the fairgrounds. These are just a few samples. 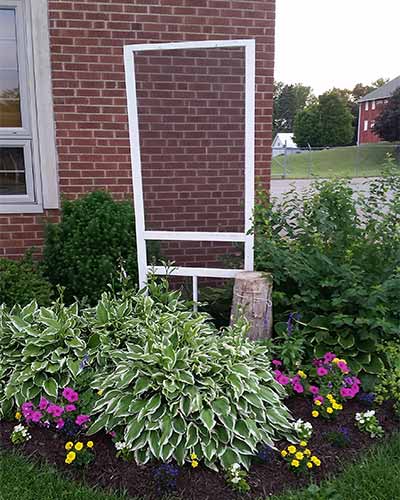 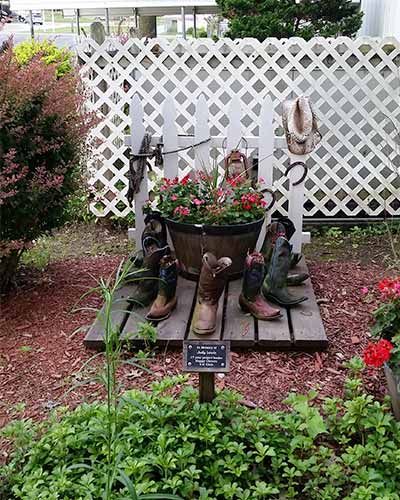 Even the local RV residents provide something interesting to watch. Here is a guy camping in an area without full hookups transporting wastewater to a sewer connection. I took this photo in stealth mode from the RV, through the truck. 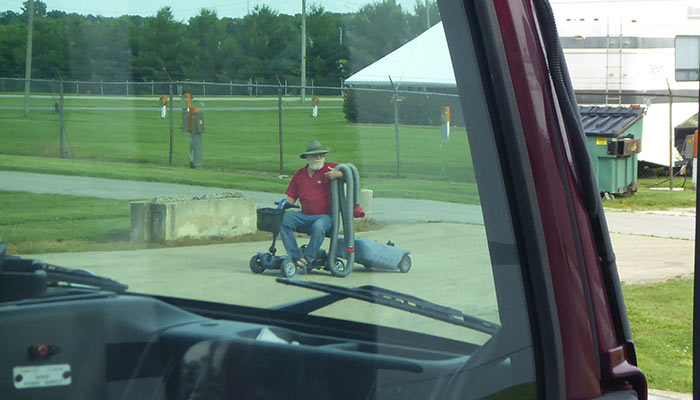 About three weeks before the fair came to town, a transformer blew and snapped a power pole which took second pole and electrical service down with it. We heard the transformer blow but did thought is was simply some industrial activity in that area of town which is a few blocks away. 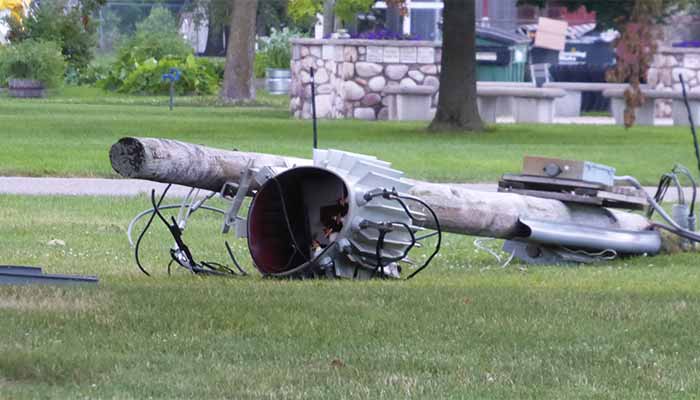 Power was cut off to the main RV Park and many of the major exhibition buildings surrounding it. (we were not in the effected area) Of course this happened when temps were in the upper 90's and RV folks scrambled to find sites with power so they did not swelter! While things like these are never good, it was really a blessing as these poles were in the part of the fairground where all the kiddie rides are set up during the main fair. We were thankful this happened before the fair when no one was in the area.

The surrounding farmland is also scenic. Farm houses with clotheslines and gardens are a nice departure from suburbia and city congestion. 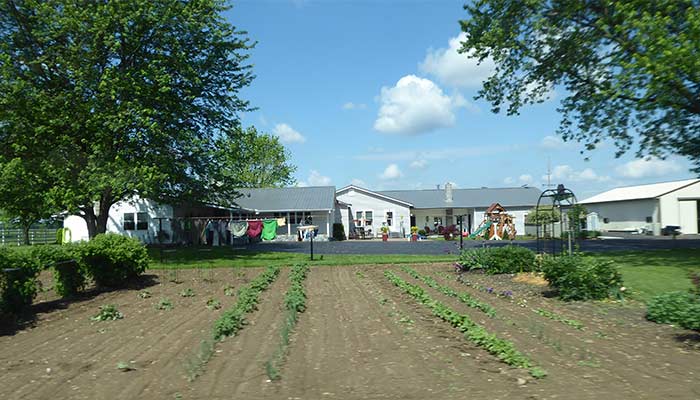 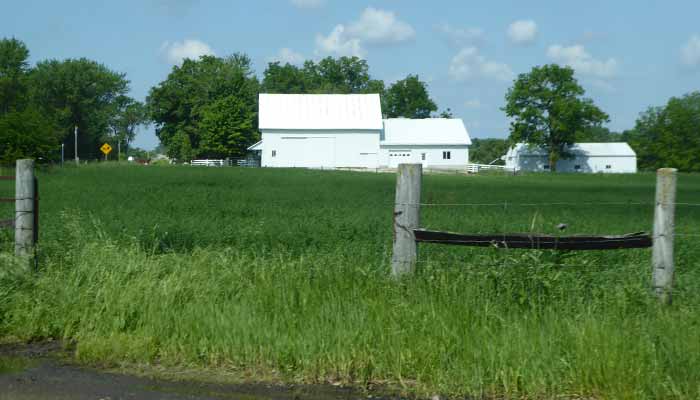 A few roads have wide shoulders like this one to accommodate horses and buggies. Most Amish drivers, however, share the road with (very fast) automobiles. 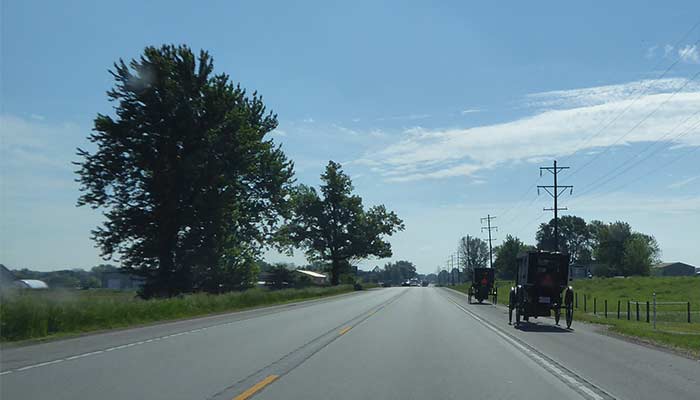 A horse and acrobat show came to a nearby town for July 4th  and we decided to go see it. It was interesting to watch and many of the acts were quite good. Photos, however, were almost impossible with the low light and fast action. These were the best we could do. 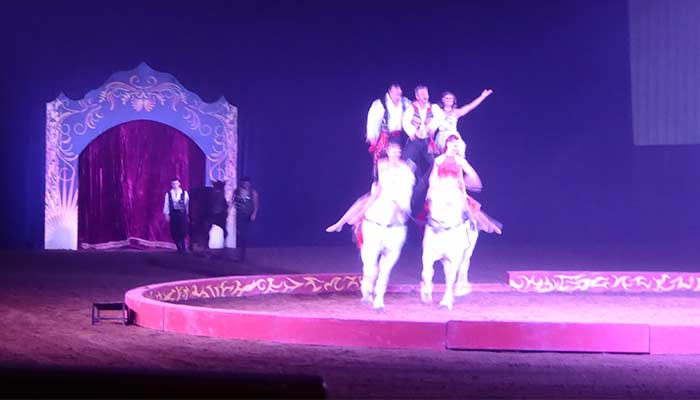 This girl is not falling off her pony, she is a 7 year old trick rider - amazing! 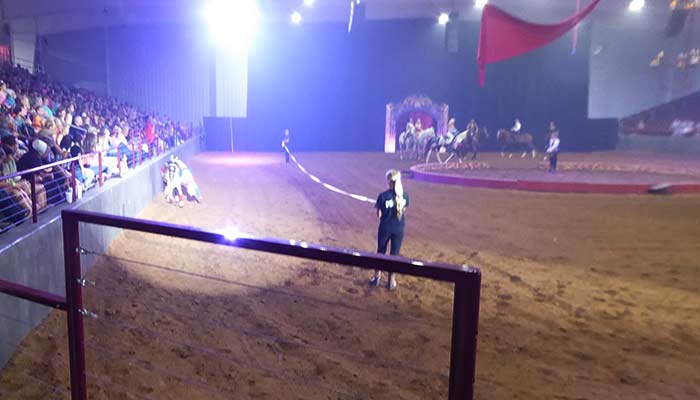 This was a liberty horse. The trainer and horse dance with just movements, no leads. It is beautiful! A second horse joined them for the last part of their act. 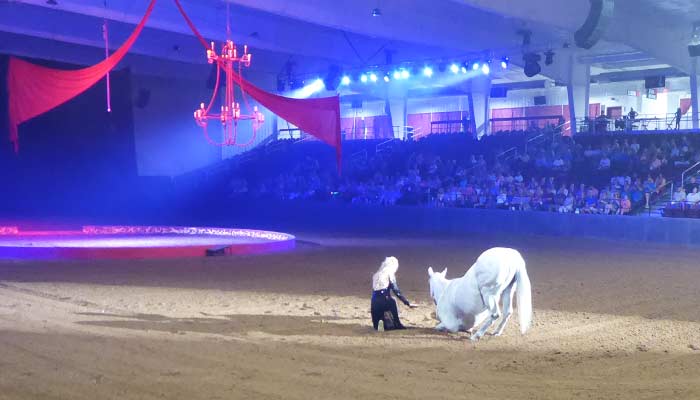 In an amazing show of strength and balance, this Roman rider performed spectacularly in the show. That is three horses - no saddles! 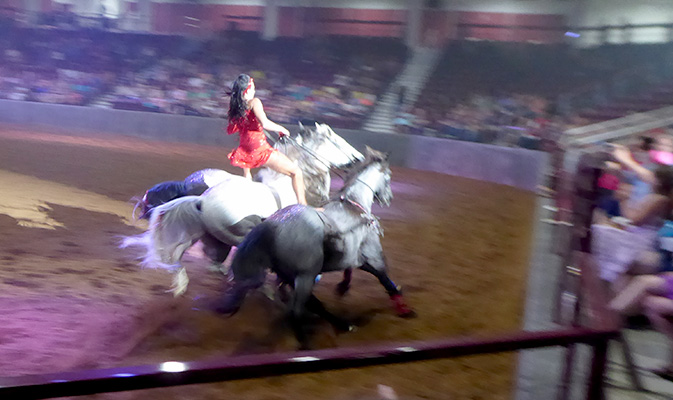 We occasionally went off the fairground for errands, but mostly we stayed close to home. Work kept us pretty busy most of the time.

We are getting kicked out of the fairgrounds for the Elkhart County Fair. We have a Michigan excursion planned for July. Before we return to the fairgrounds in August. More on that later.