We left the Blue Ridge Parkway and headed toward Indiana.

On the way, we stopped briefly in southern Ohio and drove some of the area scenic roads. They were very windy roads that took us through mostly farmlands and forests. 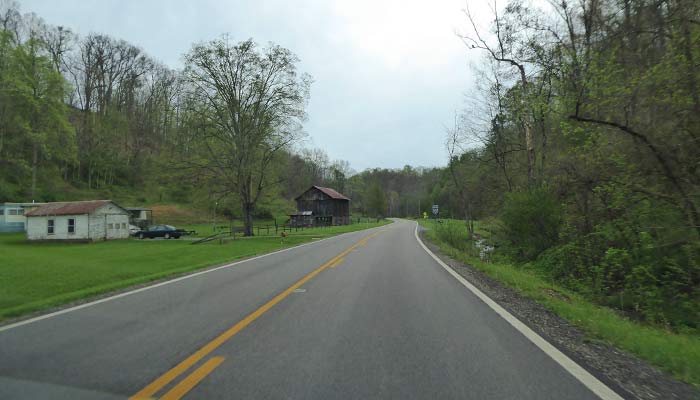 We passed a few covered bridges along the way. 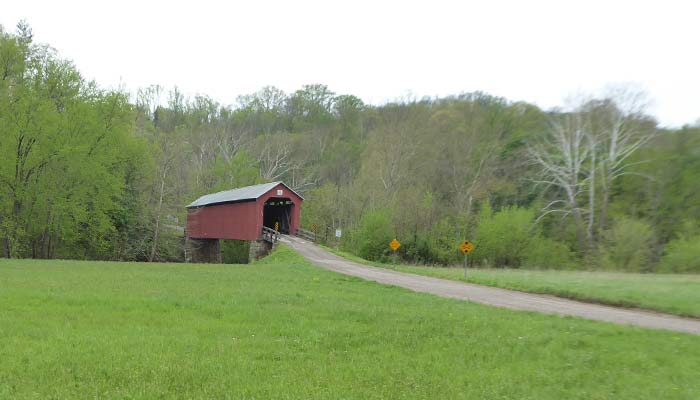 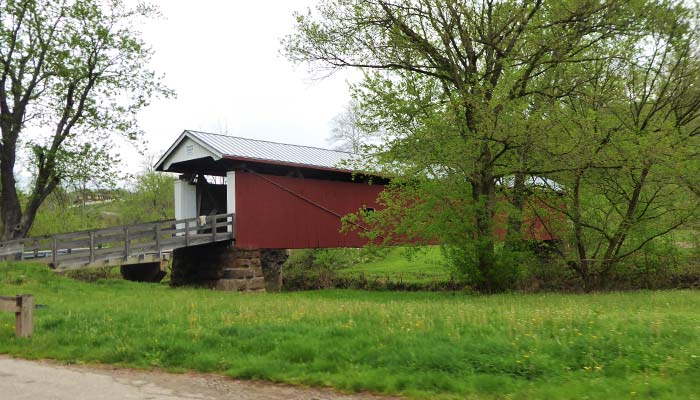 Our arrival in Indiana brought great familiarity. We've been to Goshen multiple times and will stay here several months this year. We met an old friend, Mr. Menards, several years ago and he instantly became a favorite! Menards is a Home Depot, Lowe's, Sears and more all rolled into one store. It is amazing! Menards can only be found int he Mid-west so we don't always have the opportunity to shop there. Silly to like a store so much, but we probably went there four times our first week here and could have gone more! 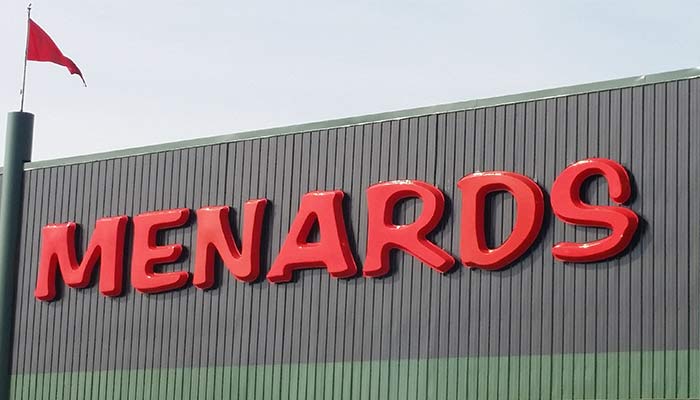 Staying at the fairgrounds here in Goshen, we are back to our regular routine of daily walks (morning and evening) and watching the various 4H events held here. The first few weeks here were hot and rainy, so our excursions were limited. We did, however, see a few fairground activities. Even got pictures of them. This is a harness horse on a training run. Nothing exciting really, just standing by the grassy field listening to the clip-clop of the horse as it runs around the track. Familiar and comforting. 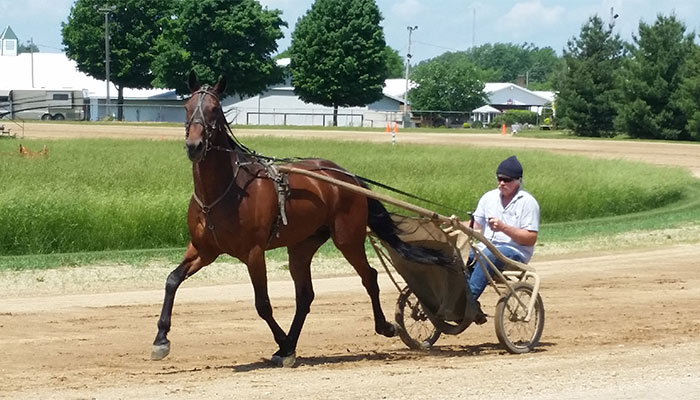 A consignment auction happened the first weekend we arrived. It was cold and rainy that day, so crowds were smaller. As we walked in the gate, a man who was leaving said, "just a bunch of people's junk this year." Isn't that what it is every year? Isn't that what makes it great? There were more than eight different auctions going on at any given time and the junk spanned three buildings. We listened to city folk and farmers negotiate for various tractors, lawn mowers, crock-pots, toys, and tools. We walked around for about an hour and then headed back home to work. 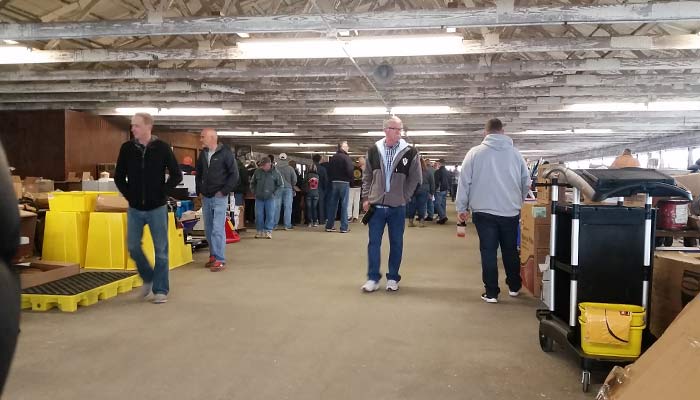 We are kind close to Cleveland and the Astros were playing there. We hadn't seen a live Astros game since hitting the road over seven years ago. We decided to make a day of it and drive to Cleveland and back to watch the Astros play. It was a long drive so we got an early start and watched the sun rise over the farmland as we drove. Shortly after sunrise, a dense fog covered the area for the next 80-100 miles, which is not very fun to drive through. It's a little stressful and you miss seeing the beauty of the open fields. 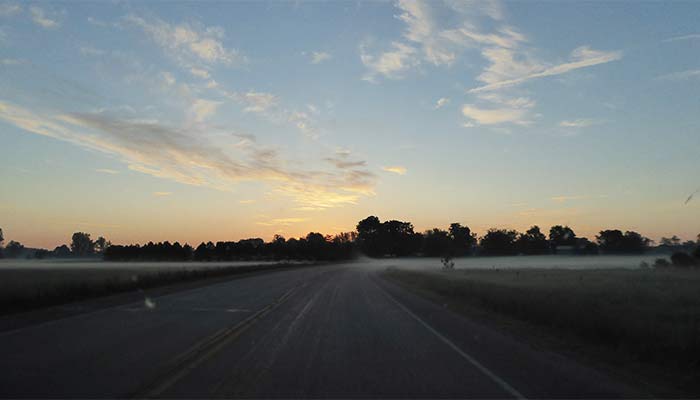 Progressive Field is a nice stadium and it turned into a beautiful day! We met and high fived many Astros fans as we walked the concourses - GO 'STROS! 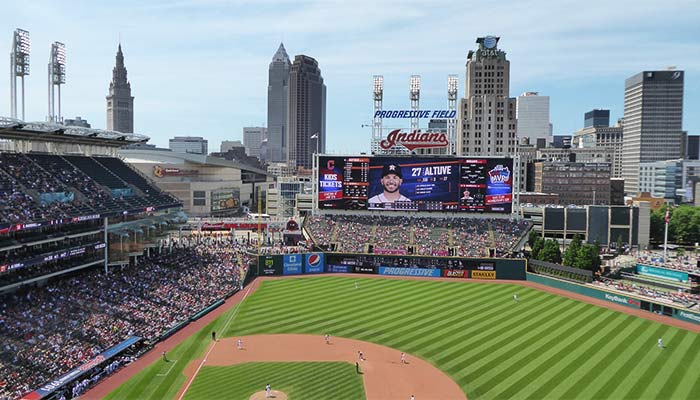 Our seats were in the shade most of the game and when the sun finally hit us, we moved to another shaded area on the third base side of the field. As you can see from the picture above, many fans came to watch the game that day. But the Astros hit early and took a commanding lead, so most of the Cleveland fans left by the seventh inning. This would prove to be a BIG mistake on their part. 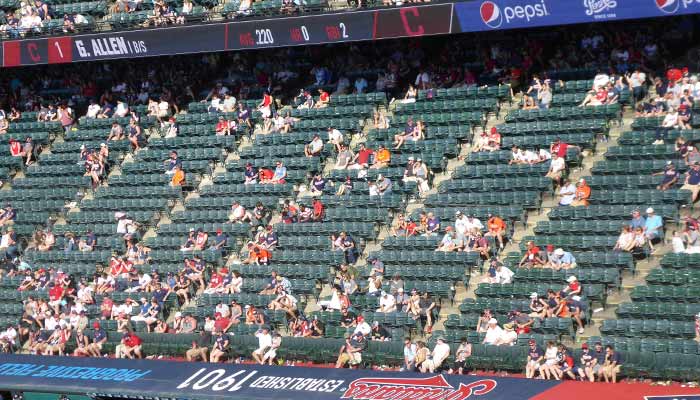 You can tell by the orange shirts that many who stayed were the Astro fans. We were, however, greatly disappointed when Cleveland scored some clutch runs in the ninth inning and finally won the game in the 14th inning. It was a great game to watch, but not the result we wanted.

Since we've now been to every MLB home game, we can officially say that Cleveland has the most awesome fans. We felt this way when we first came to a game here back in 2000, and in 2018 things hadn't changed at all. Everyone from ticket takers to ushers to regular fans were happy, pleasant, and generous with smiles and kind words. Even though our Astros lost, the Cleveland experience was pretty awesome.

Shortly after leaving the game, our Smart car passed 30,000 miles on the odometer. That means that we have put almost 3,000 miles on it in the past six weeks. That's a lot of driving! 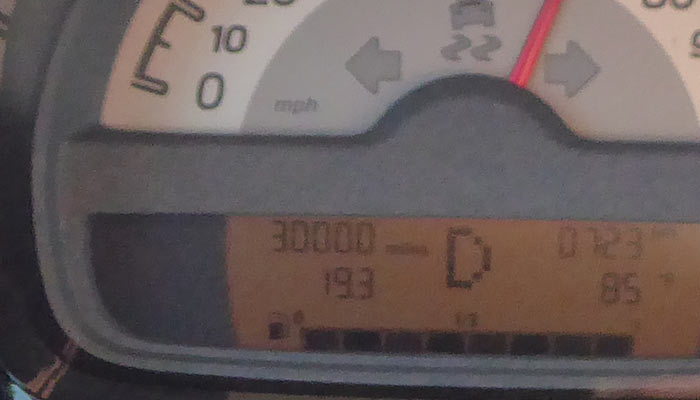 Our drive home was much later than anticipated because of the extra innings, but we arrived home safely and immediately fell asleep. 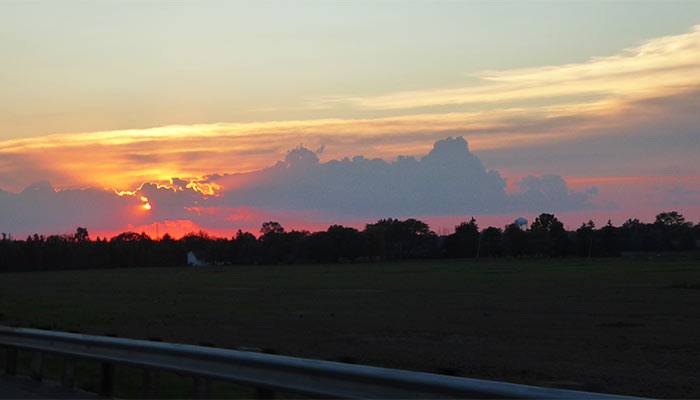