On Thursday we drove to a Pop-up Photography Workshop near the north entrance. Jim Peaco, the NPS Yellowstone photographer, did a talk on "Arches and Angles" where he mostly talked about composition. It was very interesting and we heard some great reminders when framing shots of objects, scenery, and animals.

There were a couple dozen folks there including some school age kids. It was fun watching them practice what they had just learned. These two girls had a blast posing each other and taking pictures from various angles. "Okay, stand like this and put this hand here. Put you other hand to your face, no, like this. Now tilt your head and look at me." Too cute! 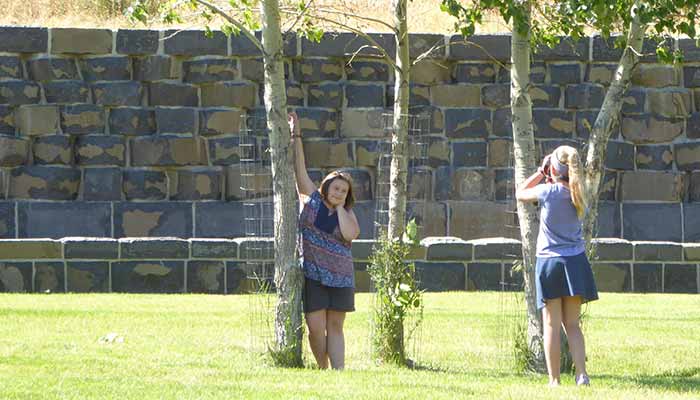 Here is one of our shots inspired by the class. Can you see where got our hand in the shot when we used it to shield the bright sun?
Yes, we are that good!  ;) 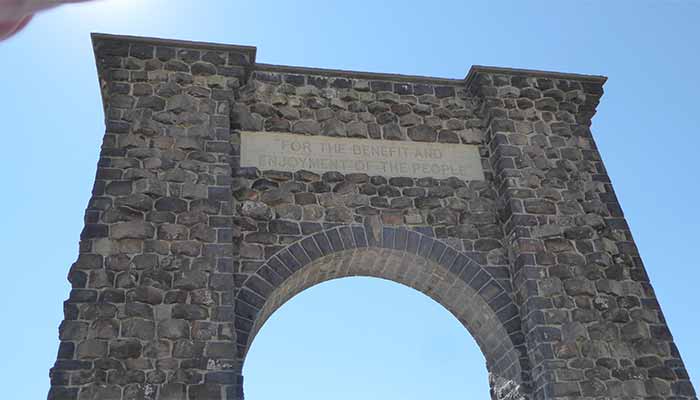 We talked to Jim, the instructor, for a while about his years on the park, then it was time to leave.

The scooter had a bald tire which had been ordered but hadn't arrived so we were in the truck this day. It was a hot day and we were thankful for the air conditioner. Since we were in the truck and our range was longer than on the scooter, we decided to make it a day and drive across Chief Joseph Highway, to Cody WY, and then back home.

Along the way, we saw a few animals. This pronghorn remained very still for us. These antelope are usually moving so quickly we can't get good shots. 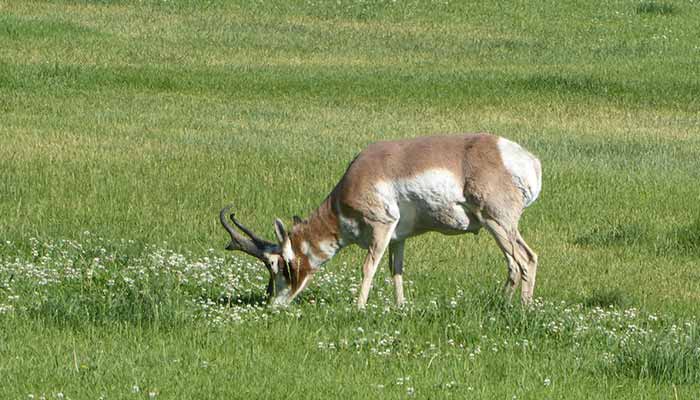 Cars were driving past this grazing bison, but as we passed in the truck, he turned, snorted, and stomped his feet. We think our louder engine startled him. Sorry, Mr. Bison! You can see the dust still in the air. That would have been a bit scary on the scooter!

Later, we got into another long bison jam and got shots of some moms and babies. No zoom on this shot! 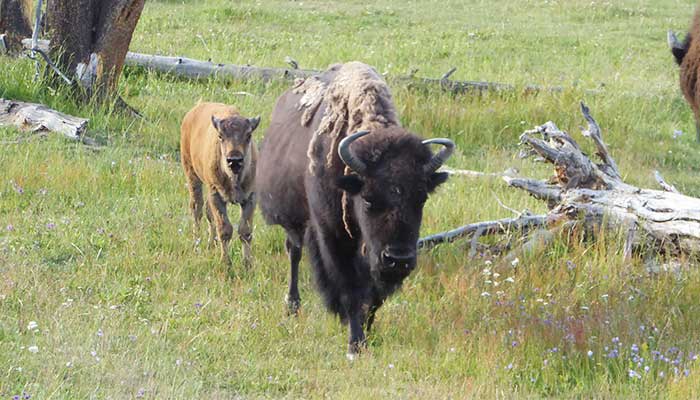 Here are some geese on a log. Just seemed funny at the time. 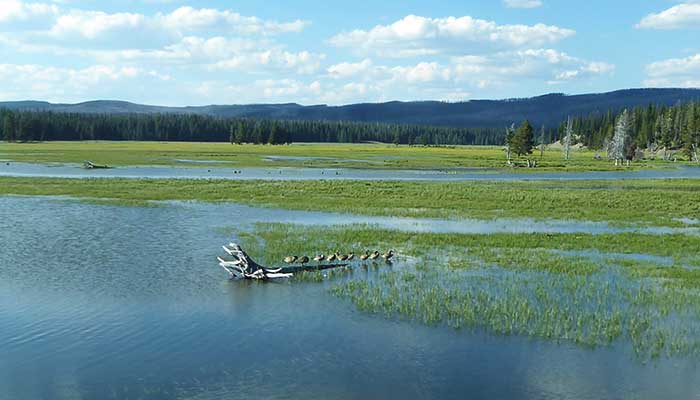 The scenery to the highway was beautiful. We can't remember exactly where the next two photos were taken, but they show some of the beauty of the trip. 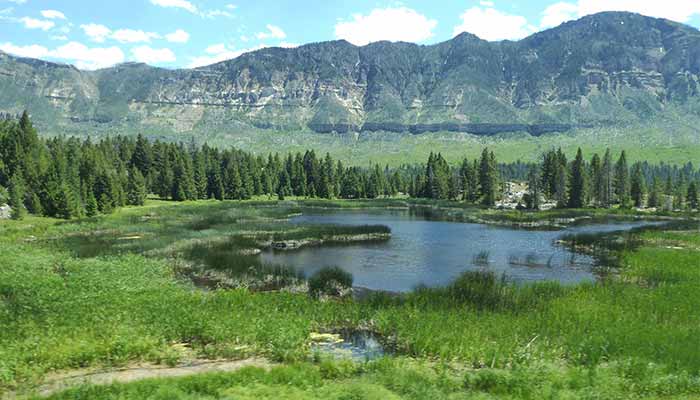 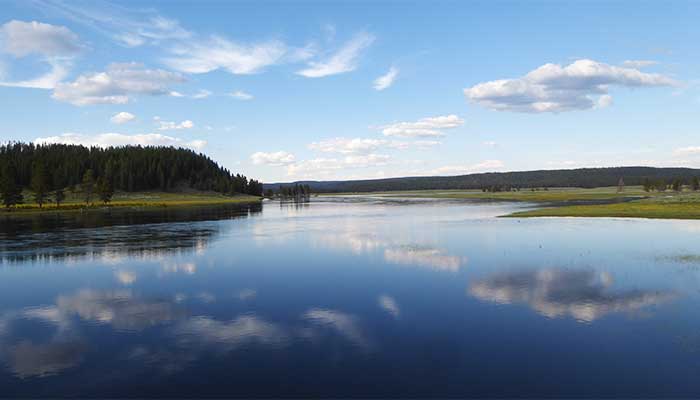 Because of the windy roads and various elevations, we were able to see this mountain from several different perspectives, This one was a favorite. 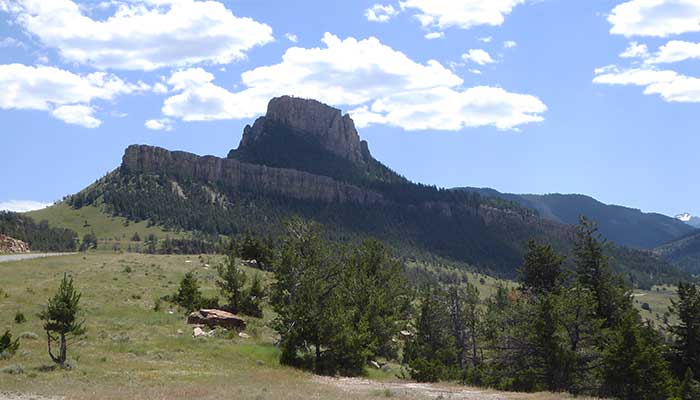 This is the view from almost the top of Chief Joseph Pass. You can see the roadway winding down the mountain for miles. Such a great drive! In the upper left portion of the photo below, you can see part of the cliffs from the above photo. 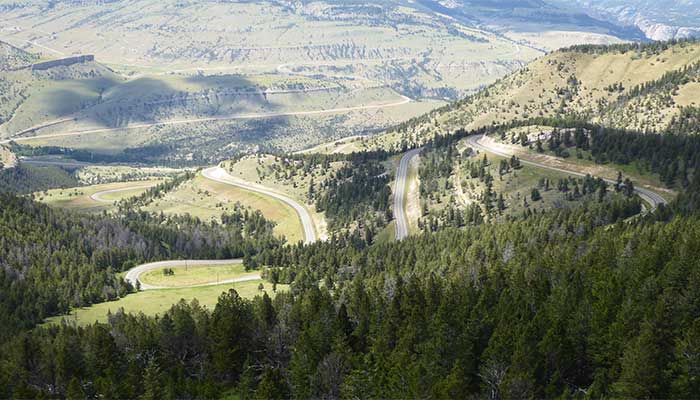 Our drive went through Cody, WY. We stopped for some DQ treats (thanks Whites!) and continued toward home. The drive from Cody back to the east entrance is the prettiest of the entrance drives. Every turn is spectacular. 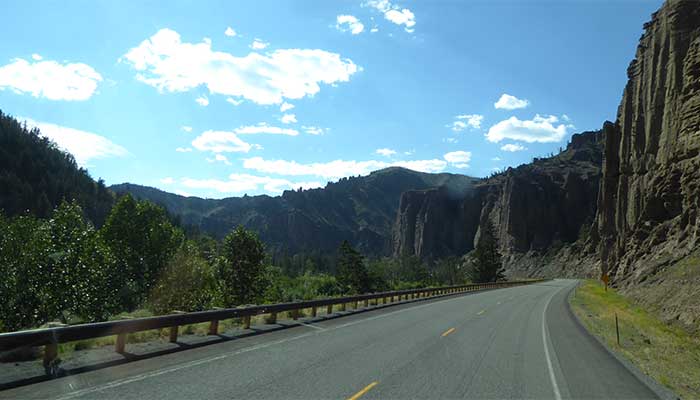 Since our Chief Joseph trip, there was a fire that burned along this road. It burned for a couple of days, but we heard it's out now. We plan to drive this way again soon to see if we can see exactly where it was.

On the way home, we saw a car being towed out of a wetland portion of the park. This is an area where the buffalo frequently roam, so we speculated that the car was attempting to avoid a collision. 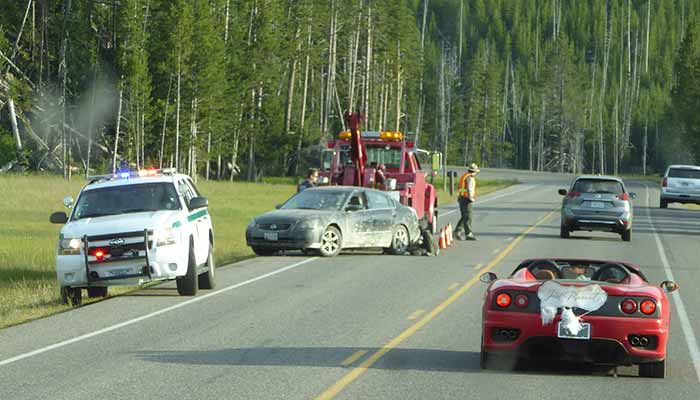 A few days later, we passed that same spot again and you could still see the path the car traveled. 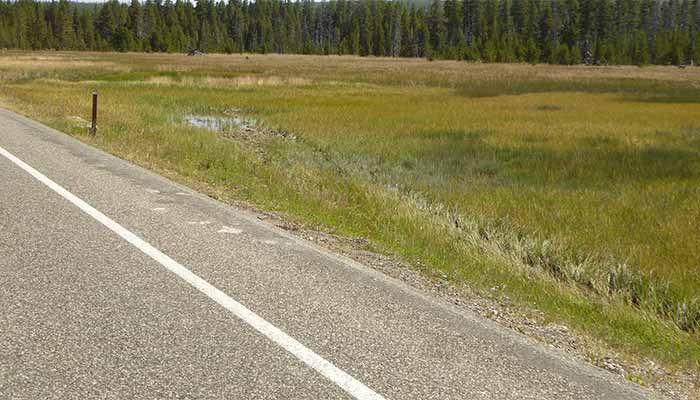 With all the miles we did, we wondered if we could make it home before dark. We made it in plenty of time (long summer daylight hours helped!) It was a great day, but we were thankful to finally be home.