Once we felt we could handle a longer trip after being sick for a couple of weeks, we decided to check out Grand Teton National Park. We didn't visit that park on either of our 2014 flybys, so we were looking forward to seeing the Grand Tetons for the first time.

We drove through Yellowstone to enter the Tetons from the North. It is a three hour trip without rest stops and bison jams. I think it took us a little over four hours to get there. It was a nice drive (of course, four hours of National Park driving can be nothing but spectacular!) About the time we caught the first glimpses of the northern mountains of the Teton range, we drove through some recent fire damage. 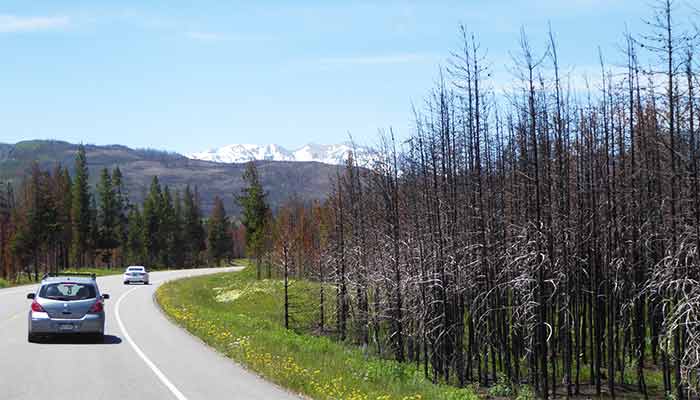 We have been watching the various stages of fire damage and regrowth and have fun trying to determine when the fire might have occurred. This fire was within the past few years and pretty spotty. You can see fire on the trees to the right and far ahead on the hill to the left, but the many trees on the near left remain untouched.

As we approached the northern end of Jackson Lake, we got our first full view of the Teton Range. What a wonderful introduction to the park and a glorious example of God's handiwork! 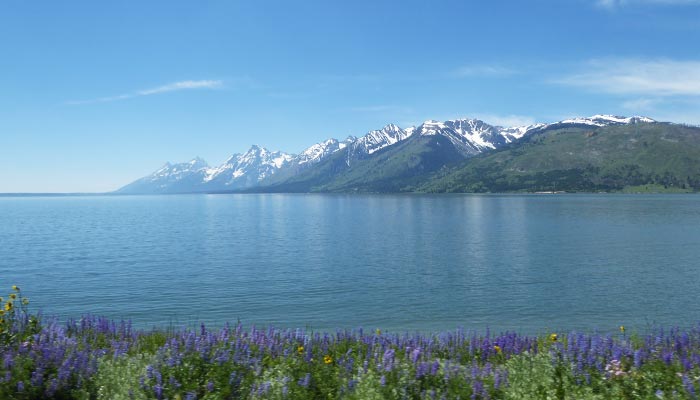 Be exalted, O God, above the heavens,
And Your glory above all the earth;
Psalm 108:5

We drove the outer loop toward Jackson, WY. From that road, we had an amazing view of the mountains and the Snake River valley below. 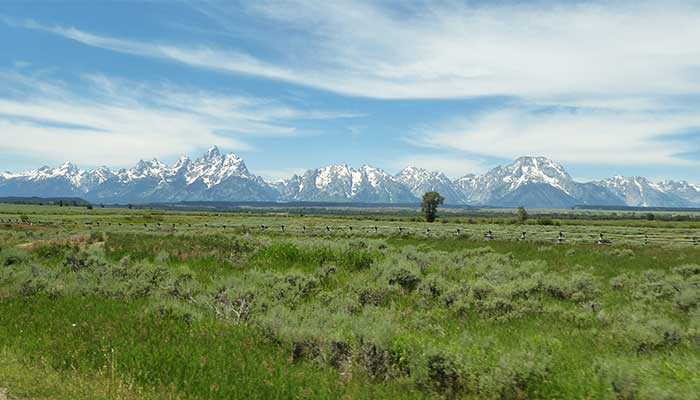 There were occasional bison grazing along the way. 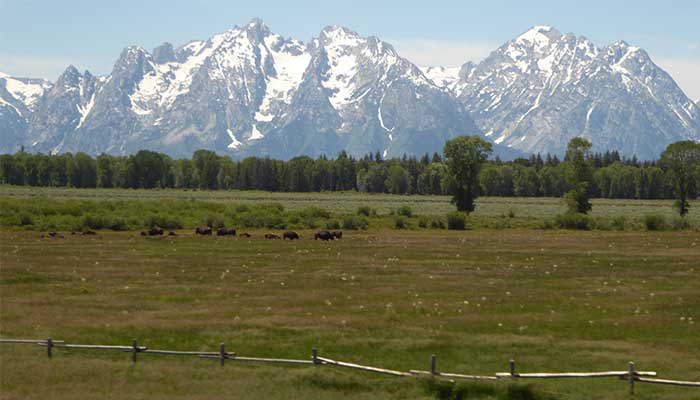 Driving through Jackson, we caught a glimpse of the town square with the iconic Antler Arches. There are four of these arches, one on each corner of the park. 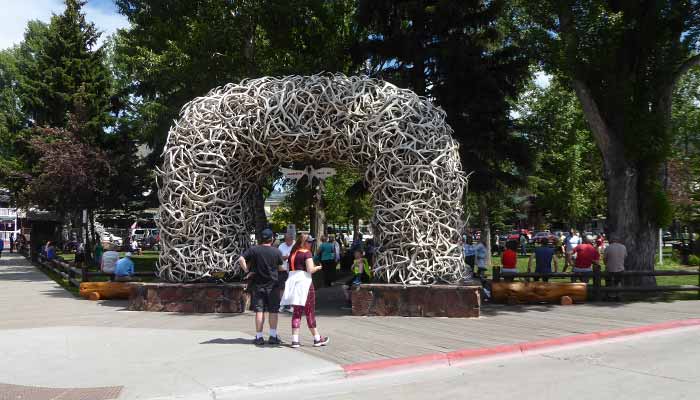 Since arriving here, we have learned that Elk shed and regrow their antlers each spring. There are groups of folks that forage these shed antlers all through elk territory. We wondered how Jackson had so many antlers on display, then learned that just north of town, there is a large elk refuge where 5,000 or more elk winter. The refuge holds an auction of the antlers they collect each year, so the town probably benefits from these finds. However they are obtained, it is an impressive display.

After a quick lunch and ice cream, we drove the inner loop of Grand Teton National Park.  From there, we had a closer view of the mountains. 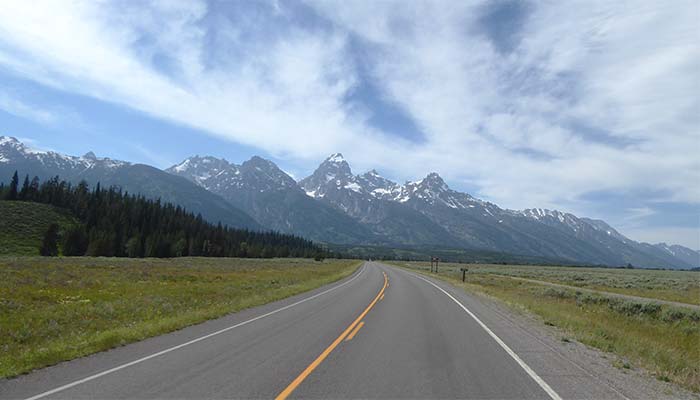 The inner loop goes between the Snake River and the mountain lakes. We only had time to stop at the visitor center and a few roadside areas along the way. We plan to return to this park when we have more time to do some lake hikes and explore. 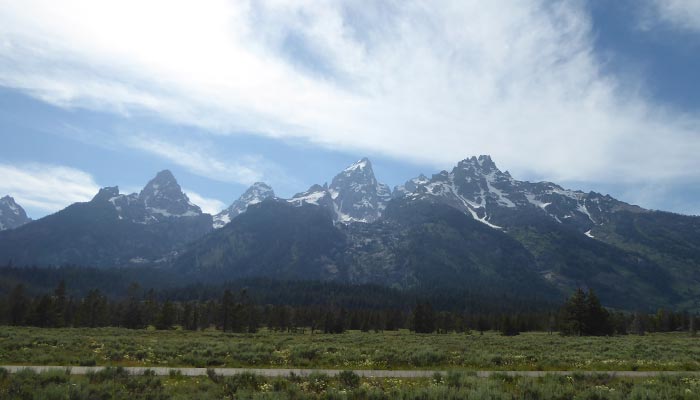 It was a beautiful day and a wonderful drive. This trip was kind of a last minute decision, so we knew we would only have time to to get a general overview of the park, but we now know what to see on our next trip.

Just for kicks, this is a picture from the other side (Idaho side) of the Tetons. Look close, there are mountains in the distance. 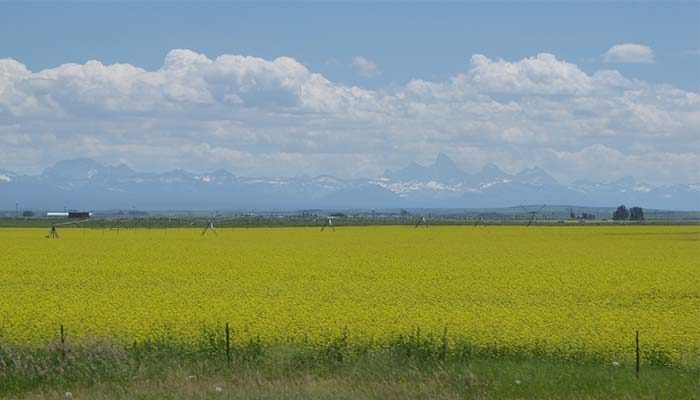 We see this view on our grocery store runs to Rexburg, ID. Once we get out of our mountains, we see quite a few of these yellow fields. We were curious and looked up "yellow crop Idaho" in Google and learned these are canola fields. The word canola comes from combining Canada and Ola. We never thought about the origins of canola oil. Now we know.