From Northern Colorado, we drove to Northern Utah.

We've spent some wonderful days in Southern Utah, but we had yet to experience the Northern regions. We had a brief, hot stay, and we only had two items on the agenda. Because of the heat (it was in the mid 90's) we left pretty early to drive to Fantasy Canyon, about an hour away.

We drove by the largest dandelion field we had ever seen. There were a few yellow flowers in there, but most were fluffed out and ready for dispersal. Looks like it will be a bumper crop next year too! 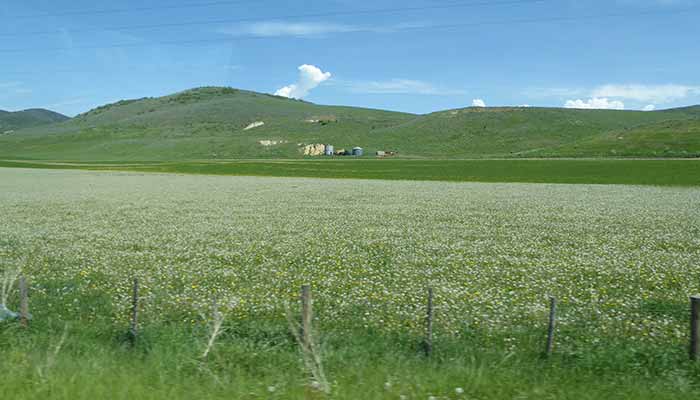 Some of the drive was along the Green River. It was very full! 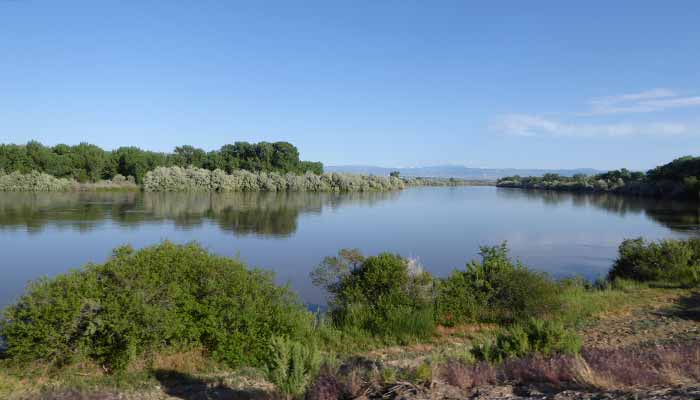 Some of the drive was on rough, unpaved roads. 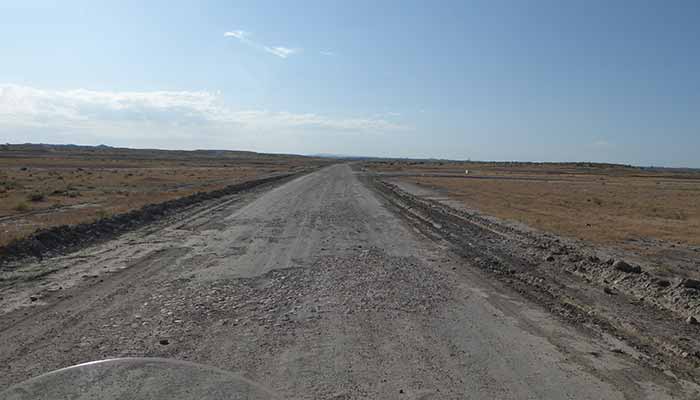 While we usually don't get lost, we missed one turn and had to drive an extra mile on this washboard road. We were pretty much vibrating when we got to the canyon. It was worth the trip, though.

Fantasy Canyon is a great name for this place. The formations were incredible. 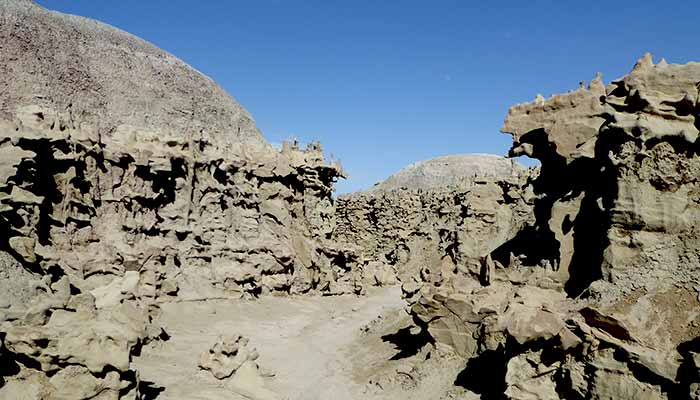 We walked through a maze of formations and were a-mazed at our surroundings. 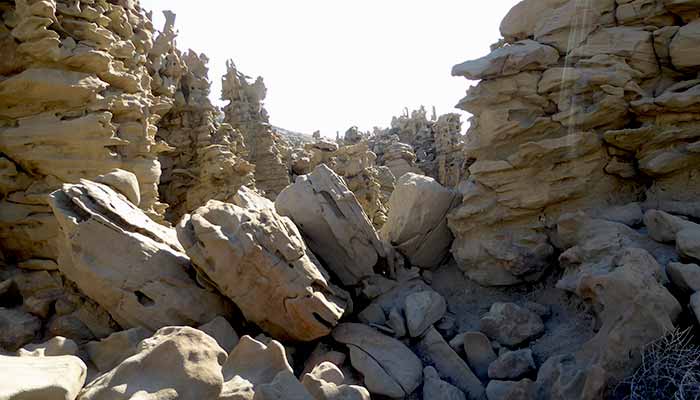 They had placed markers naming certain formations such as "Yawning Lady" or "Diving Duck" but we had trouble identifying most of them. To us, they all looked like looked like dinosaur bones or sand castles. Even as children, neither of us were very imaginative. 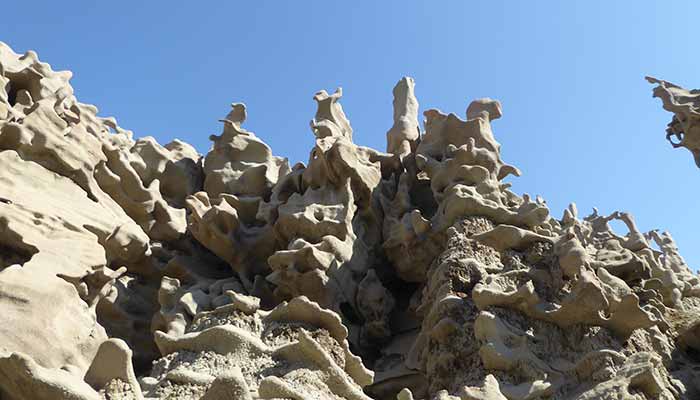 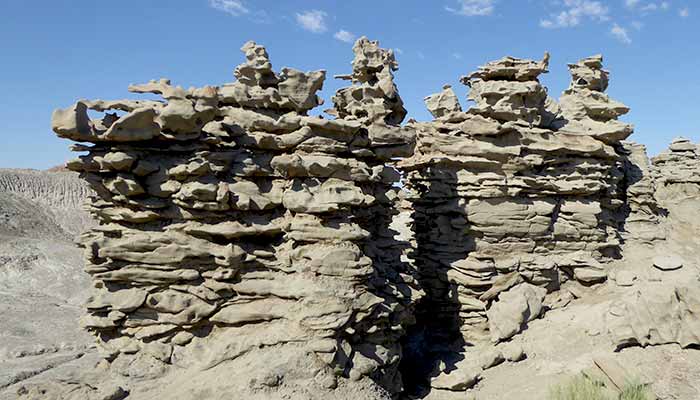 Leaving Fantasy Canyon, we headed to Dinosaur National Monument which was directly across from our campground. Most of the sites here were indoors, so we explored here during the heat of the day. First stop was the visitor's center where we watched a short video (The NPS videos are pretty cool) and learned a little about the monument. 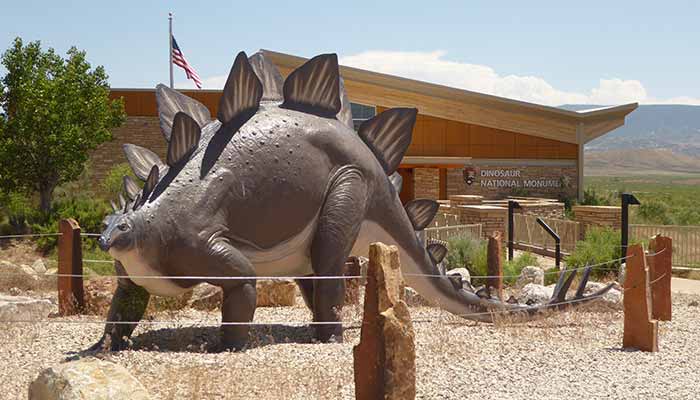 Earl Douglass discovered Dinosaur bones in the early 1900's and excavated a large area unearthing hundreds of dinosaurs. The darker area below is the area of bones on display in the Quarry Exhibit Hall. 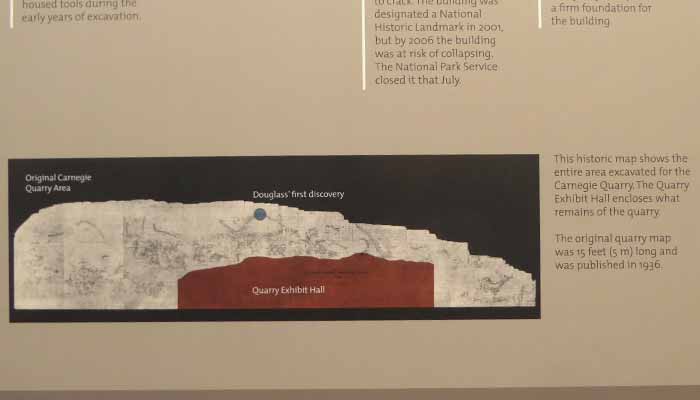 We took a shuttle to the exhibit hall where a wall of the quarry was exposed and we could see many fossilized bones. 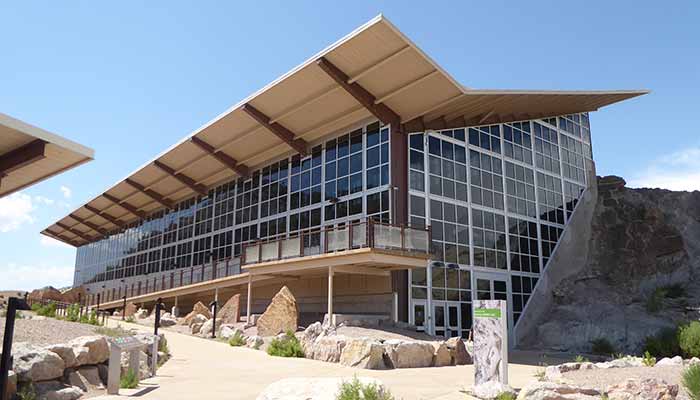 There was even a portion of the quarry where we could touch the bones in place. 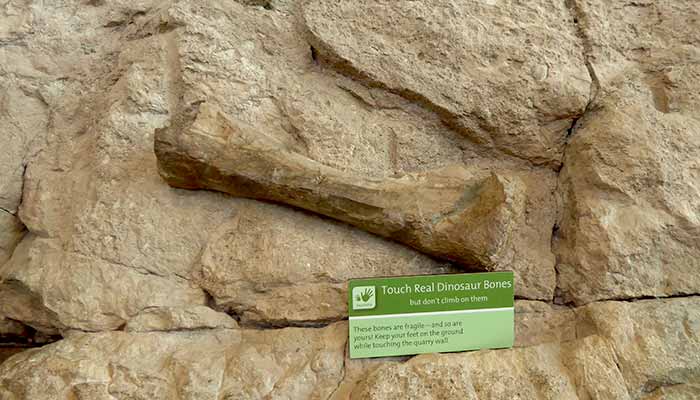 It was cool to see the bones how they were deposited years ago You could almost make out the twisted shapes of the dinosaurs as they were covered by mud and frozen in time. 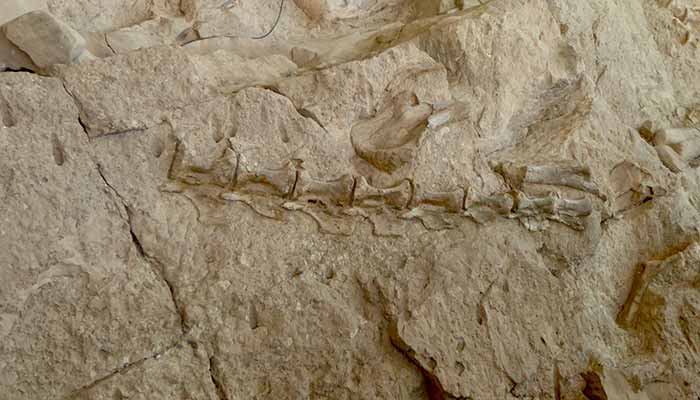 This is an area we wouldn't mind visiting again in the future. There is much to see and do, but we just didn't have the time.

God's creation is an awesome thing to ponder and being able to see and learn so much about our present and our past makes it that much more awe-filled.