It has been a while since our last post and much has happened. We will try to do a brief catch-up here. We left Capitol Reef and drove north and east, eventually landing in Lincoln, NE.

This area of Utah north of Capitol Reef National Park has a particularly eerie quality. You might feel like you are on the moon or some alien planet. This goes on for miles and changes regularly. The photos we took just can't do the drive justice. It really is unusual terrain. 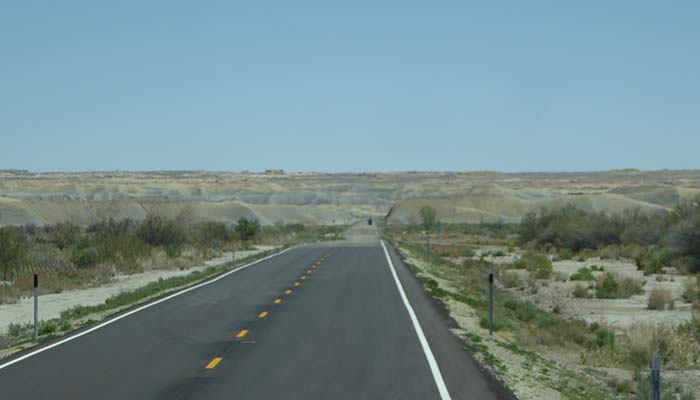 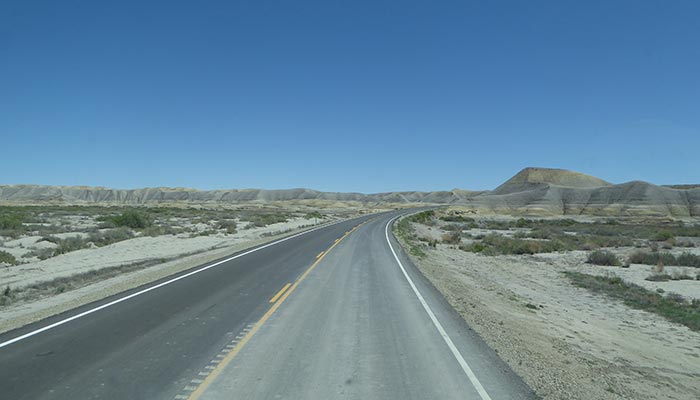 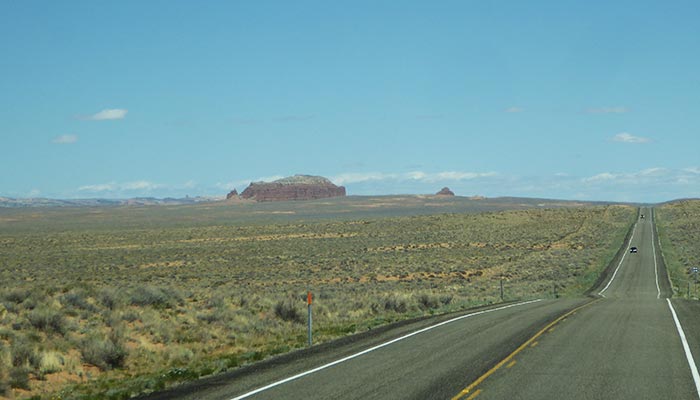 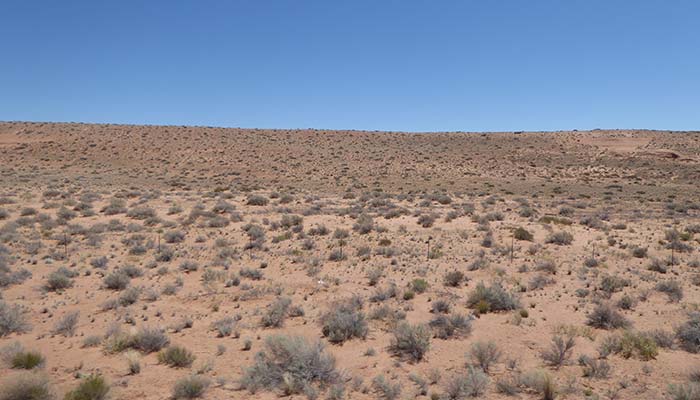 We over-nighted in Green River, WY after a relatively short driving day. We entered Colorado and our surroundings seem to green up. Colorado is such a beautiful state and the the drive through NW Colorado was breathtaking. 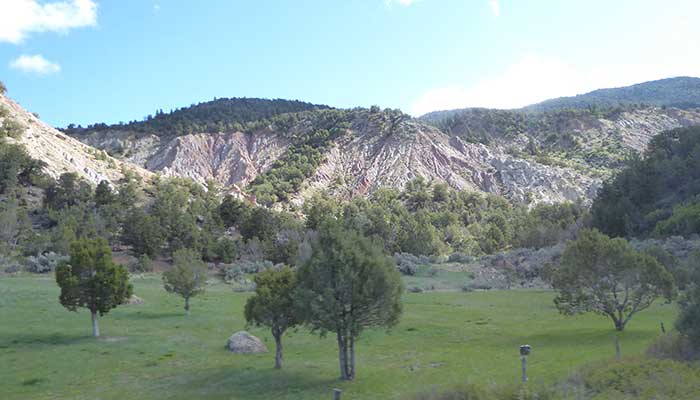 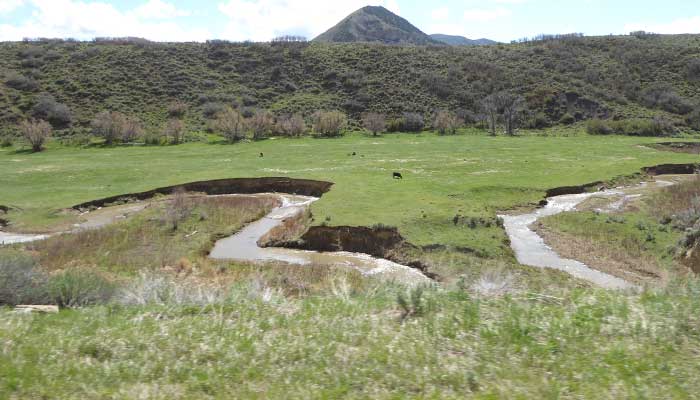 Then we hit SW Wyoming. All was flat and dry for a while. 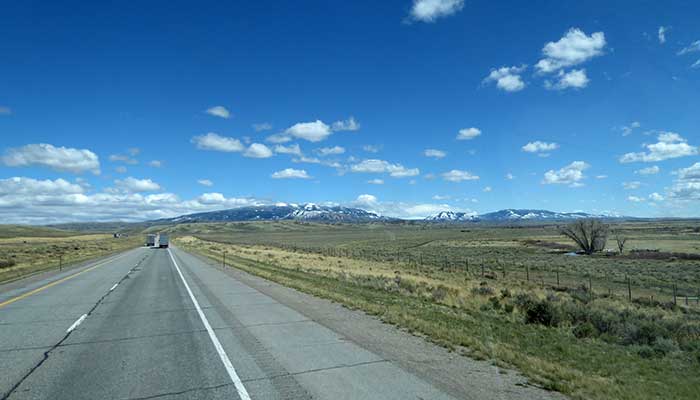 Between Laramie and Cheyenne, the temperatures fell and we saw some snow here and there. The higher in elevation we drove, the more snow we saw. 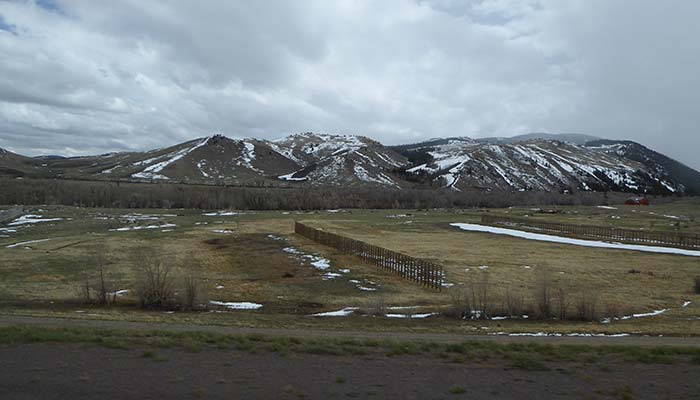 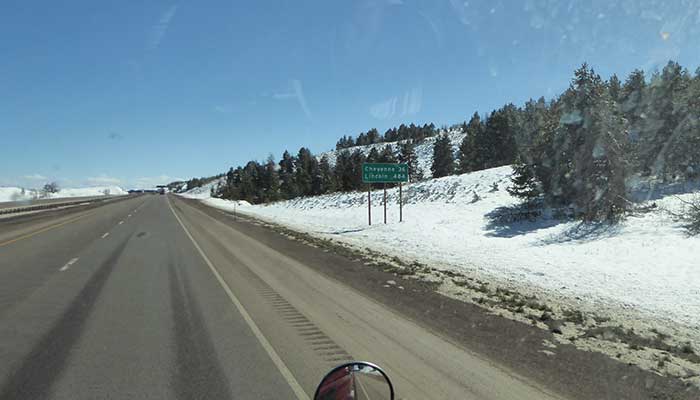 It was a nice drive, but we were glad to stop for the night in an area without the fluffy white stuff.

We needed to be in the Lincoln area in a week and watching the weather, there seemed no good place to stop without getting either frozen or drenched. We decided to stop in North Platte for a few days risking snow while Eastern Nebraska dried up a little bit. The forecast changed shortly after our arrival and we saw cold, wind, rain, and all kinds of frozen precipitation. It was much worse east of us, so we were glad we stopped when we did. 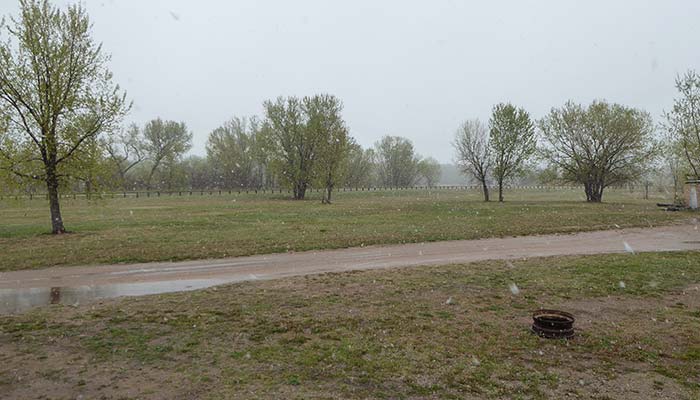 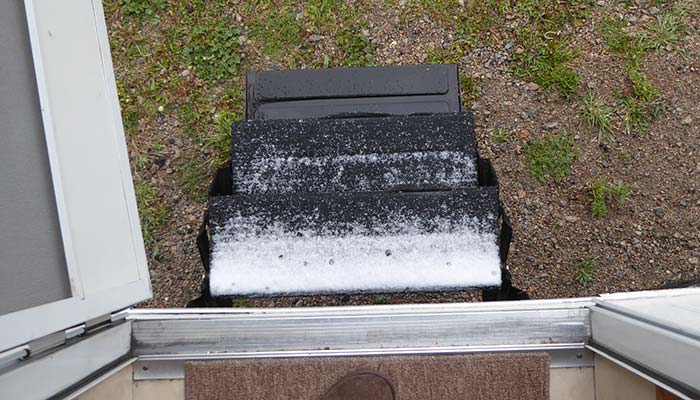 We went into town a couple of times, but pretty much stayed indoors most of the week. The area about 10 miles east of us and 40 miles south of us got up to 6" of snow on the gound. We had quite a bit of snow and 30+ mph winds over several days, but none of it stuck. We were thankful.

Once we knew the roads were clear, we drove to Lincoln. You could see where the snow had been just east of us, but then everything turned springtime green about halfway through our trip. We even saw the Planters Peanut-mobile headed down the highway with us! 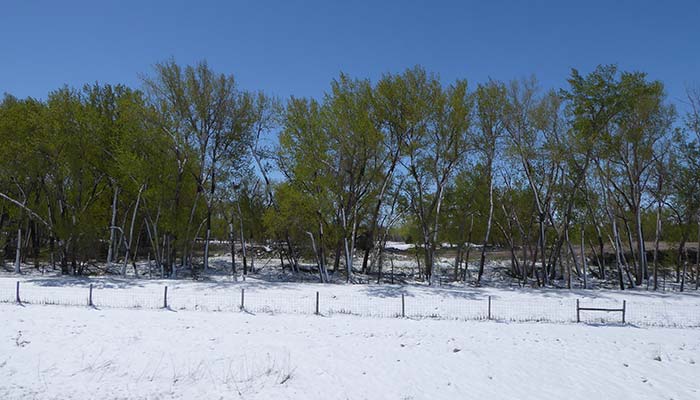 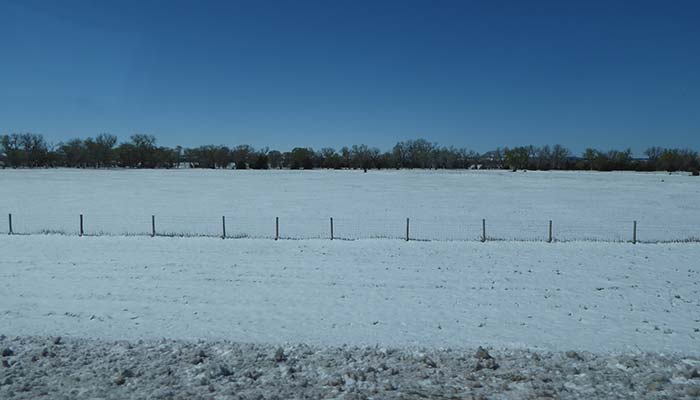 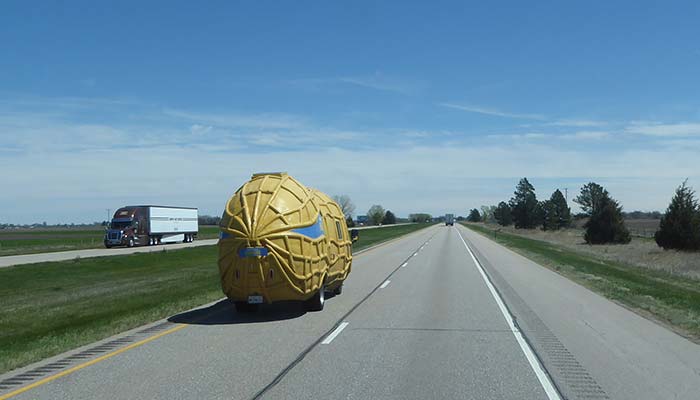 We arrived safely in Lincoln later that day. The ground was much too wet to stay at the Whites in Roca, so we got a spot at an event center a little farther north. We would move to Roca when the ground dried a bit.