We finished our time in California with a trip to two big cities for two baseball games. The first part of our drive, we detoured to see a few iron statues we missed on our last trip. They were only a couple miles off our planned trip, so it didn't take much time.

Here is a clever serpent/dragon we saw on the web, but missed on our first outing. While we explored the statues on the south end of town earlier in the week, this guy was hiding up north. Morning shadows hide many details of his head. 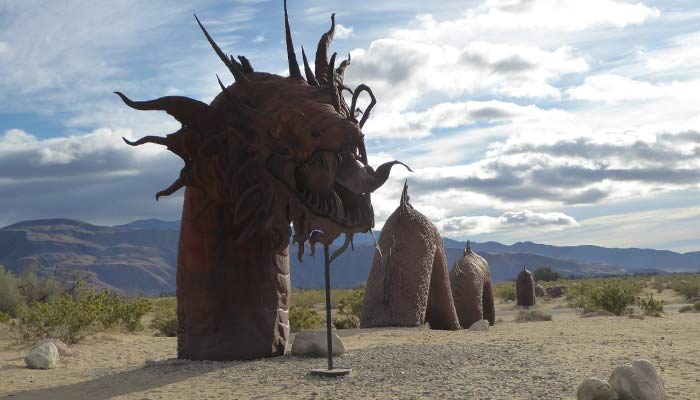 Here is a different angle so you can see some of those missed details. 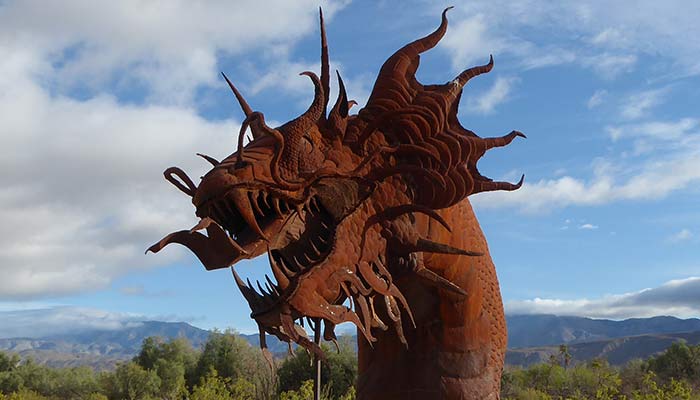 Each scale you see along his head and body are a different piece of metal.

It was a chilly morning and by the time we made it up into the mountains, it was barely 50* outside. We were bundled up, but the lack of sun and the wind only added to the feeling of chill on our ride. 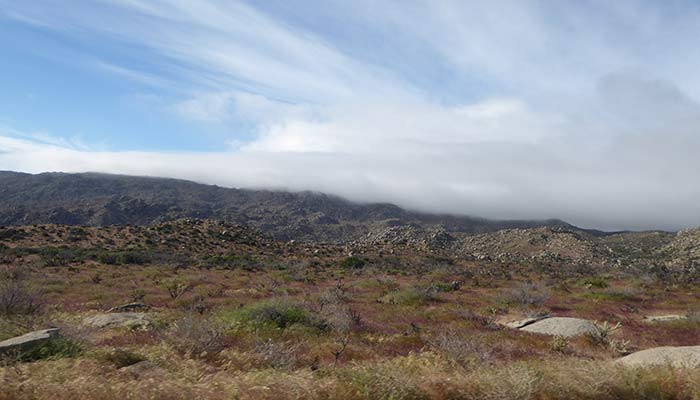 It was neat to see the clouds dance over and in front of the mountains, but soon, we were in the clouds and the wetness clung to us for a while. 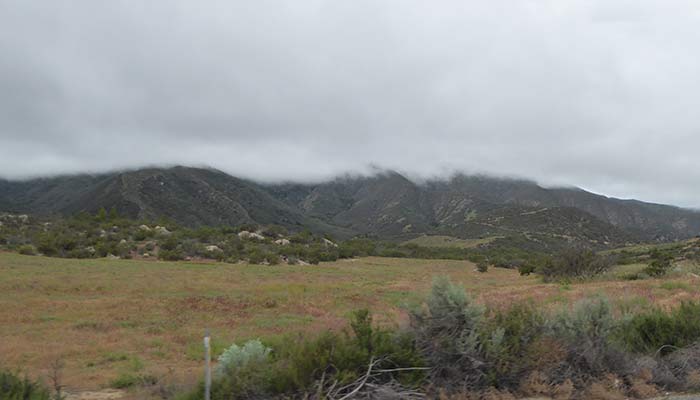 One part of our ride took us past a metal sculpture market. They had a few pieces on display by the roadside. 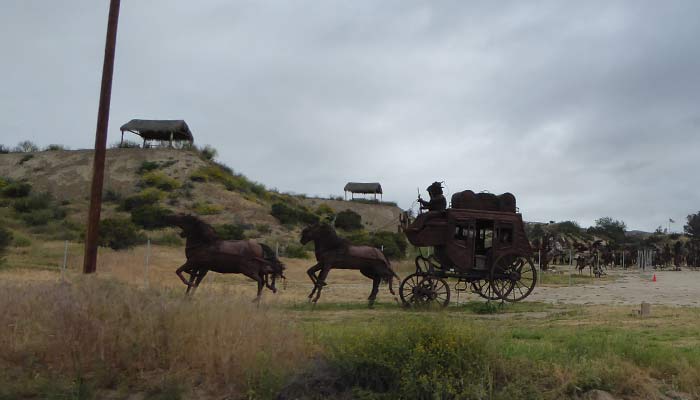 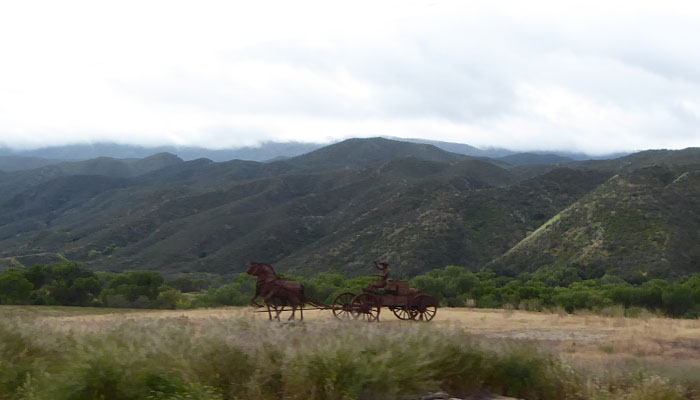 We as we traveled farther west and descended the highest elevations, it warmed up a bit. Our last stretch of scenic road took us through a variety of mountains, valleys, and canyons. 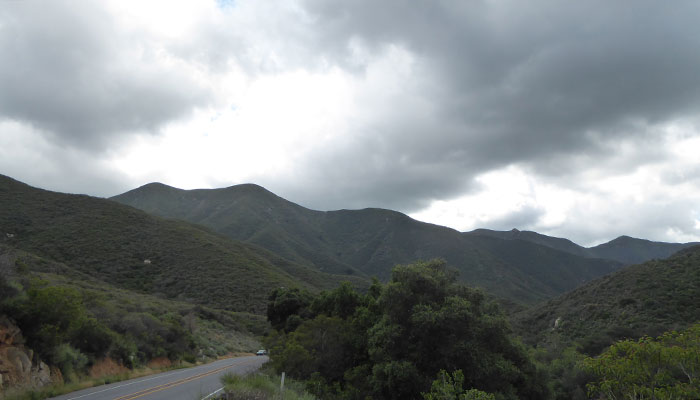 Once we reached the end of that Highway, we had to navigate through city traffic to get to Anaheim. We were able to stay on smaller roads and bypassed much of the traffic. Still, we do not like riding in the city.

We went to our hotel first, to warm up and rest a bit before the ball game that night. We were able to watch a Dodger game while passing through Los Angeles 18 years ago, but couldn't stay long enough to watch the Angels play in Anaheim. The stadium was about a mile from the hotel, so we decided to walk. The giant Angels symbol greeted us from the parking lot. As you can see, the clouds were all gone. 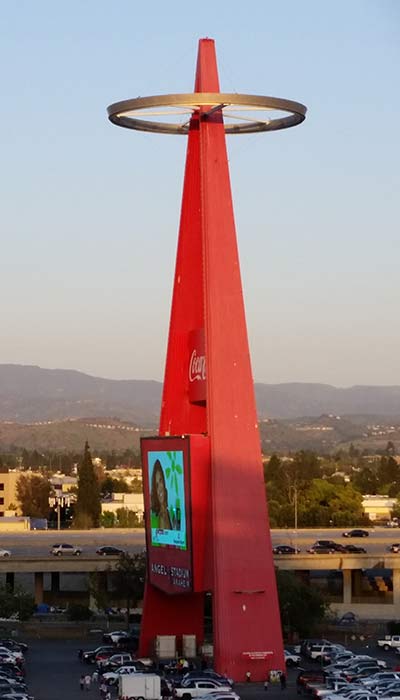 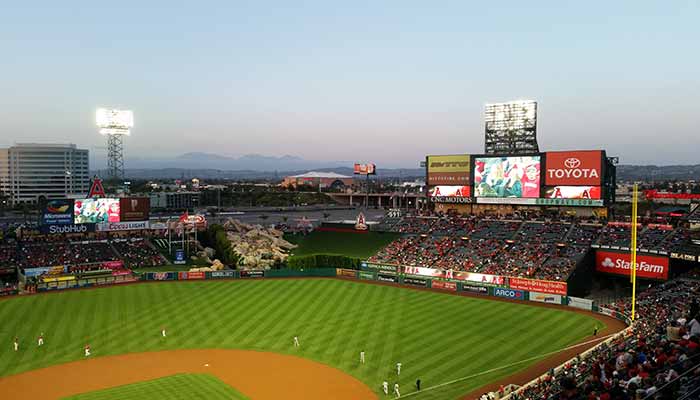 It was a good game. We sat in our seats until the seventh inning, then walked around the stadium to watch the game from various viewpoints (outfield, infield, etc) and see the various amenities the stadium had to offer.

By the time we walked back to the hotel, we were cold and quite tired.

We had been communicating with a friend before and during the game and set up a time to meet him for a quick visit. Matt is a marine stationed at Camp Pendleton. The following day we met at a local state park by the beach and talked for a while. We then followed him through the marine base. Pendleton is huge! We drove over 30 miles to get to his area of the base and there was much we did not see. It was curious to see pavement markings indicating tank crossings rather than the usual school or railroad crossings we see in civilian life. 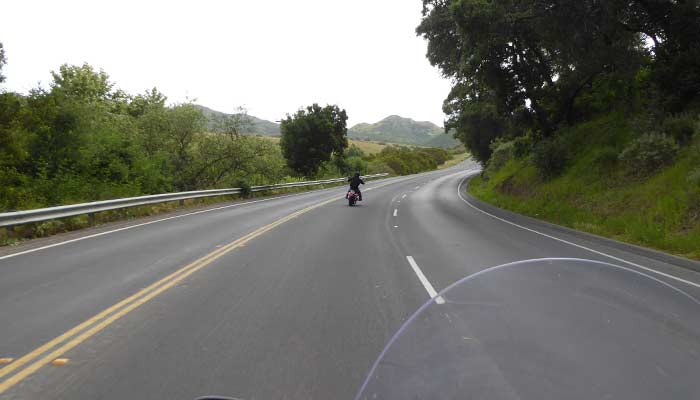 Matt showed us where he worked and talked a little about what he did. He works with helicopters (intelligence) and educated us a bit on the various purposes for the different copters the Marines use. It was all quite interesting - especially when our classroom was an airfield! 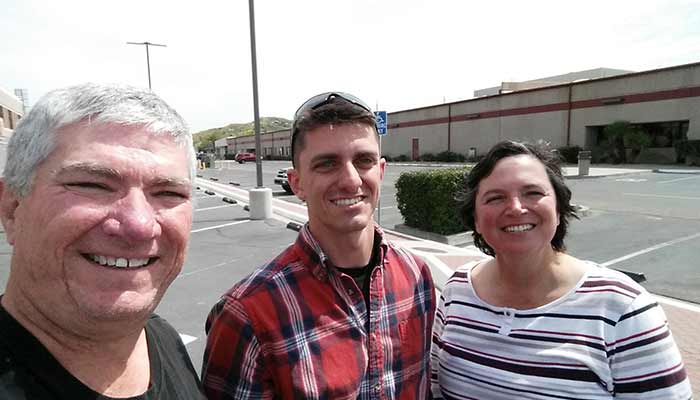 After a too-short visit, we left Matt and drove Hwy 101 by the ocean for a bit before grabbing a burger at In-N-Out, then heading off to the second game. While In-N-Out doesn't hold a candle to Whataburger, they are quite good and the In and Outs in California seem to do a better job than the one we ate at in Texas. 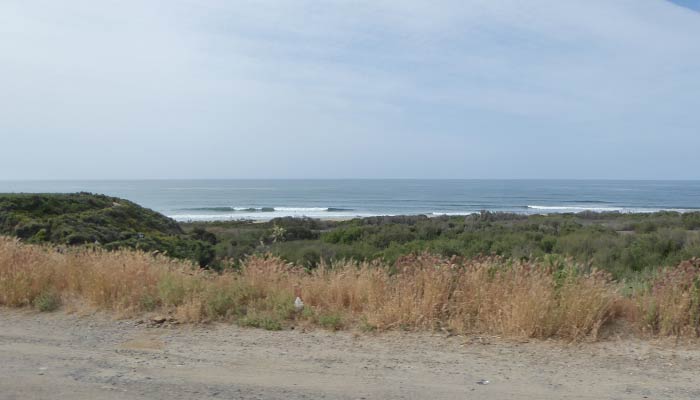 Because of traffic and parking, we arrived during the top of the first inning. We found our seats (second row from the very top) and settled in to watch a very cold game. We were in the shade and the wind was blowing directly at our faces. We shivered until the fifth inning, then moved to seats that were a little more sheltered from the wind (though not much). In the seventh inning, we toured the park and watched the remainder of the game from the various vantage points.

A cool feature of Petco is the Park in the Park. Do you see the wall behind center field? There is a huge grassy area behind that wall with a jumbo-tron on the back of it. Folks were spread out all over the park watching the screen from outside the stadium. It was bustling with activity out there as you can imagine. Another cool feature: the left field foul pole was the corner of the Western Metal Supply Co building. We saw Hunter Pence (former Astro) hit a HR right near that corner. 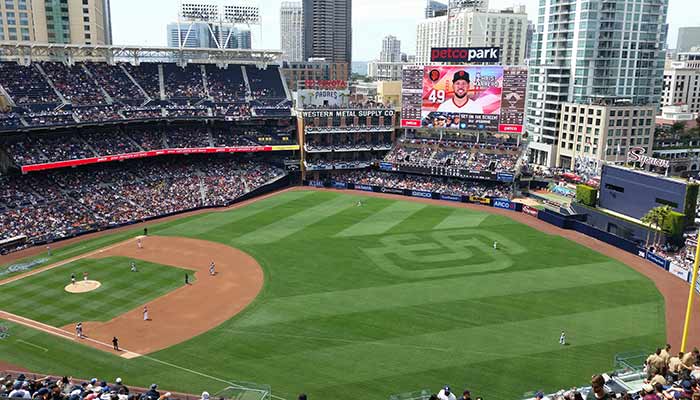 After the game, we had a long drive home but we were able to get out of the city surprisingly quickly. We made several rest stops on our ride home and during one of those conversations we realized that we have been to 30 ball parks, not 29. We forgot about the Montreal Expos (who played the Astros). So, while we still have yet to see Tampa play at home, our official count is now 30 of 31, rather than 29 of 30.

The first half of the ride we drove unfamiliar roads and the scenery was again amazing. Sorry, no pictures. It was very cold and the camera was not taken out. We made it out of the mountains by sunset and back to our campsite before it got completely dark. The moon was almost full, so it also provided light for the last few miles of our journey.

It was a busy, but good weekend. We extended our stay here one more night to rest a bit from all the riding we did this weekend. We hit the road again tomorrow.