We spent several weeks in Phoenix recuperating from the previous months and getting caught up on some work.

The first two weeks were rather warm and since we are on 30 AMP, we can only run one major appliance at a time. That meant only one AC. It got above 90* for the first nine days. Even a dry 90* is still hot. Fortunately, there was little wind, so our awnings provided shade most days. Whenever we needed to cook meals, do laundry, or blow-dry hair (Trey needs to look his best) we had to turn off the AC. This meant most of our major electricity-based activities were done before 10 AM. The AC pretty much ran constantly between 10 AM and 10 PM. Covering the windows and shutting off the front part of the RV allowed us to remain comfortable in the living area. It was not ideal, but it was livable.

The biggest problem with the heat was that it kept us indoors. Our daily walks were limited to the coolest parts of the day. We didn't go out on the scooter much because it was just too warm to ride. We didn't even attend many baseball games because most were played from noon - 3pm.

We did, however, attend a night game at one of the spring training facilities. 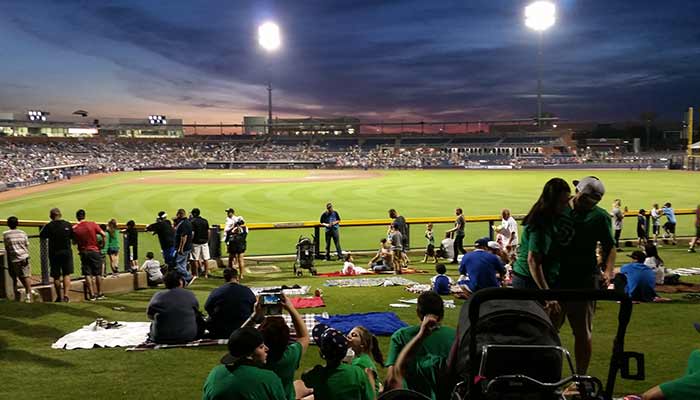 We sat on the outfield berm along with many families enjoying the evening. By the time the game started, the grassy area was covered with blankets and people. We tried to focus on the game, but there was so much going on around us it was difficult to concentrate. Within about 30 feet of us were about 30 kids under the age of five. We probably don't need to describe the level of activity within our peripheral vision - you can imagine that for yourself. Most of it was quite adorable, but by the end we were exhausted just from watching them!

On our drive to the stadium, we made an exciting discovery. A little background information first. We had just finished "Soup, Salad, and Pizza Week." Sunday evening we made a big pot of Soup, bought a decent frozen pizza (dividing it into thirds so we only had to cook one portion at a time), and prepared salad supplies for the week. We alternated soup days with pizza and salad. Not an exciting meal plan, but one where we didn't have to think too much about food and didn't have to leave the AC off too long to prepare it. It was good, but by the end of the week we were ready for something other than soup, salad, or pizza.

Then on Friday night as we drove to the stadium what do we see? A Giordano's Pizza! You are kidding me! We had just finished a week's worth of frozen pizza when we could have been eating Giordano's - our favorite pizza in the whole world! (The world being the Chicago area) What do we do: take a break from pizza for a while or get a Giordano's for lunch the next day? Is that a question you really need to ask? We bought a large and ate one slice a day for the next five days. It was wonderful! While we did take a slight pizza break this past week, we plan to return to Giordano's to buy one last pizza before we leave Phoenix. We can never get enough of this particular pizza! 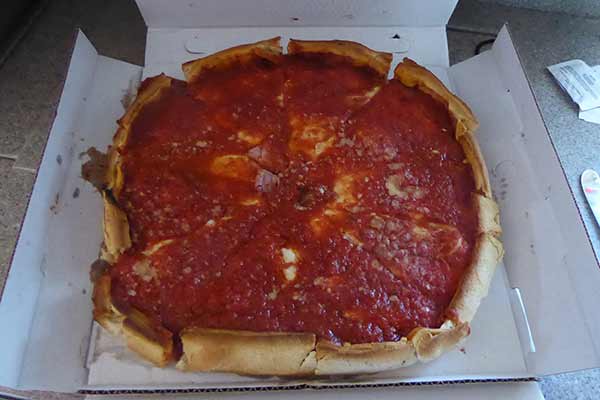 While here in Phoenix, we also discovered a local paint shop which specialized in RVs and got good reviews online from customers. While the RV is 14 years old and could use a good paint job, the truck was looking really dingy. The hood was faded to a totally different color than the rest of the truck and there were areas where the paint was chipping off. There were three other areas where we had faded or chipping paint that bothered us. We drove over to have them look at the truck and give us an estimate for paint and repair. The gave us four different estimates: complete change of color for the entire truck, same color for the entire truck, paint the hood only, or paint the hood and the other trouble spots. Because of the disassembly and preparation required, changing the color of the entire truck was pretty expensive and could take almost a month. Looking at the age of the truck and our bank account, this was not really an option for us (but it was fun to think about.) For much less time and money, we could get the entire truck repainted the same color. This was tempting, but it was still a considerable amount of time and money. Looking at the truck, we realized that most of the truck paint was in pretty good shape: not perfect, but decent from a distance. The hood only option was the cheapest, but we would still have chipping paint issues elsewhere on the truck. We decided to save some money and only paint the hood and the three trouble spots we identified. Cost: affordable. Time-frame: about a week.

We set an appointment and took the truck in the following Tuesday morning. A little over a week later we picked it up and were quite pleased with the results. Here you can see the hood, visor, and top - three of the four areas we had them fix. 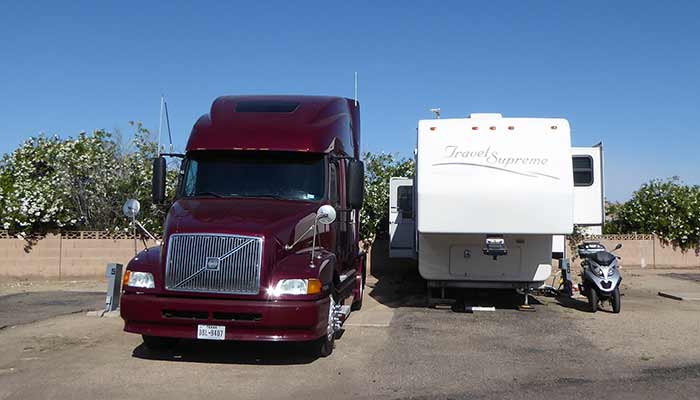 Below you can see a before and after comparison of the hood. The difference is obvious (and awesome!) 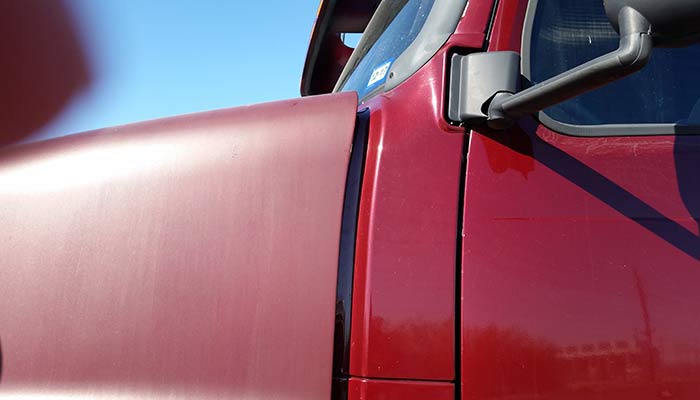 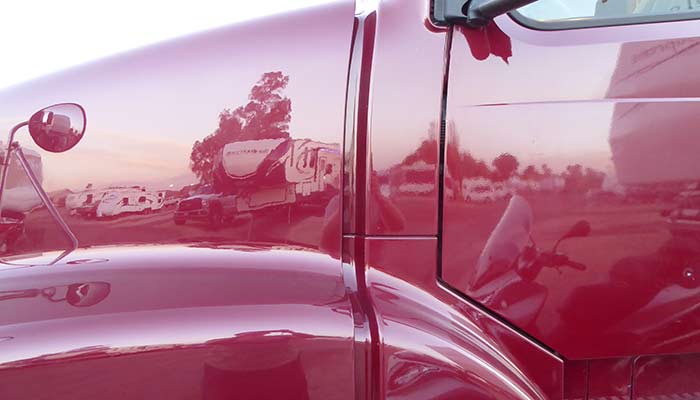 The freshly painted truck has been sitting next to our RV for three days now and is already covered with a layer of dust. Life in the desert!

Aside from eating pizza, getting the truck painted, and watching a baseball game, we worked. Considering how exhausted we were when we arrived here, we got a lot accomplished. We put a couple more written lessons up on the the Think the Bible website (with another lesson, Easter, being added next week), added an entirely new graphics section, and plan another addition in the next few months. If you are interested in various Bible study materials, you should check it out.

We also had the opportunity to meet up for lunch with some RVing friends who were passing through. They were finishing a business trip in California and were passing near Phoenix on their way home. It is always good to see warm, familiar faces on the road! 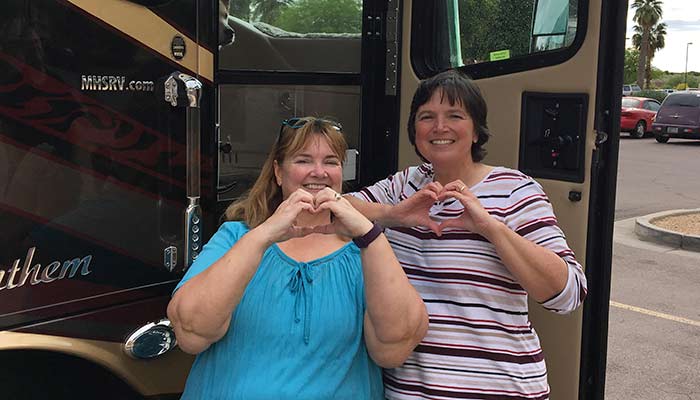 We leave Phoenix tomorrow and head to Southern California. There are a few things that need to get done there like updating our "27 out of 30" to "29 out of 30." We will post again soon to let you know how all that goes.