After leaving Hutchison, KS, we decided to travel to Arkansas to see the Fall colors in the Ozarks. Because of warm Fall temperatures, the leaves pretty much went from green to brown then fell off. There were little pockets of color here and there, but nothing significant. Still, our rides through the mountains were beautiful and the warm weather made them quite pleasant.

Even without fall color, the back roads we took were amazing. The pavement was good and except for one weekend drive, they were relatively uninhabited. 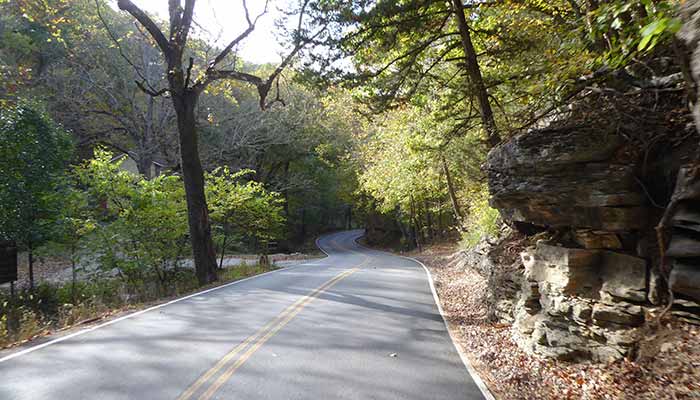 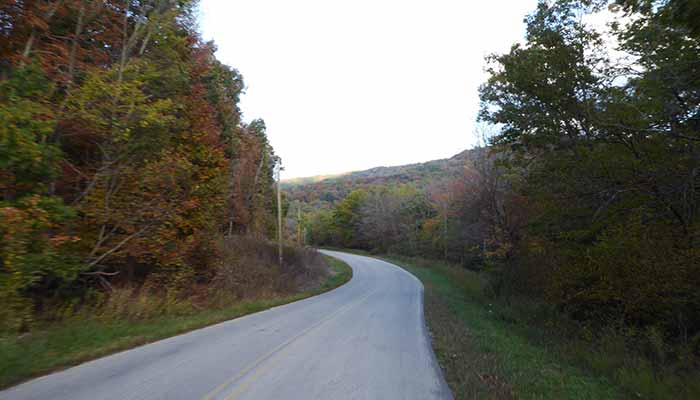 Even though the roads were more crowded on our weekend drive, we met some nice folks and even joined a motorcycle caravan for a few miles! We had conversations with two couples who we saw several other times throughout the day. One was from Mississippi and had driven to the Ozarks for the day to see Fall color. The other was from Iowa. They had ridden in this area many times and suggested an alternate route to the one we had planned. It was a great suggestion and we loved that road. We met up with them later in the day on that same road.

On another day, a recently retired corrections officer suggested we extend our route an hour farther south to see Mount Magazine State Park - the highest point in Arkansas. Well, we couldn't miss that!

It was the middle of the week and the park was all but empty. We drove the scenic loop and got out and walked a bit to enjoy the scenic vistas along the way.

It was good to stretch our legs after a long ride. 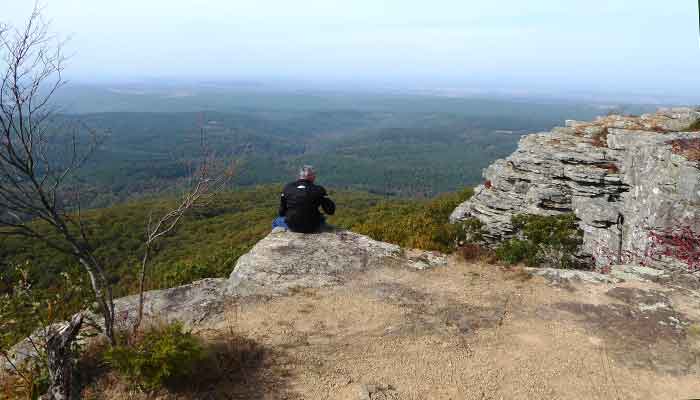 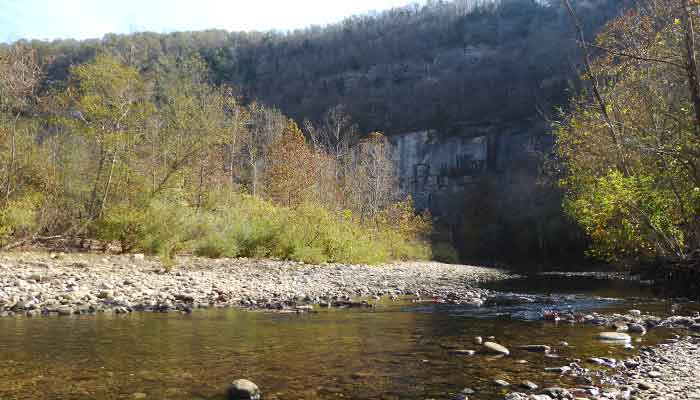 Justin, the campground owner, has a restaurant at the RV Park and served home cooked breakfast, lunch and dinner. We ate there far too many times! During one of those meals, he told us about the "swingin' bridge" and dam drive. He told us you could actually feel the bridge move as you drove across it. Sounds interesting. The entire loop was less then 70 miles, so we decided to try it that evening. It was a nice drive through farmland around Eureka Springs.

As we turned off the main road, we drove down a small county road through valleys and farms until we came to an abrupt stop. Someone was having a bad day. 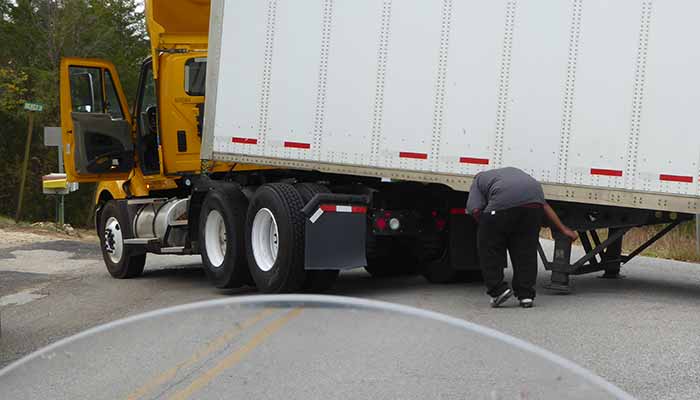 Besides a large truck taking up both lanes of our road, the first things we noticed were the driver's side rear tires up in the air. Upon further examination, we could see the reason: the passenger side jack of the trailer had grounded itself on the hump in the road when he tried to turn. The photo kinda flattens out the terrain, but he was turning from a hill onto another hill. You are not able to see the large rut the jack caused in the roadway behind it. Yep, bad day. We felt badly for him, but he was already on the phone and there was really nothing we could do except get in the way, so we carefully made our way around the cab and continued on our way.

Just past the truck was a warning sign: "low clearance ahead 11' 6" ". We went past a few tight turns and was what we saw: an old, one lane, wooden suspension bridge (or "swingin' bridge" as Justin would say) that had only 11' 6" clearance and that truck was at least 13' tall.  Perhaps it was a good thing that driver got stuck a quarter mile back. If the steep, curving road to this bridge didn't get him, he certainly would have been stopped here with no easy way to back out. 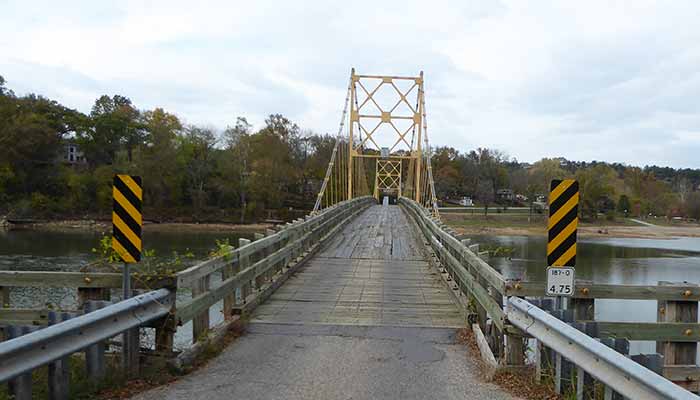 To be honest, we have a little bit of this kind of fear each day we tow the trailer. We try to plan carefully, but you never know what kinds of obstacles will be in your way. I'm sure this driver thought he had planned his day carefully, too!

It was a nice swingin' bridge, but we were too small to feel any movement as we drove over. We stopped at the local park to get another view of the bridge. 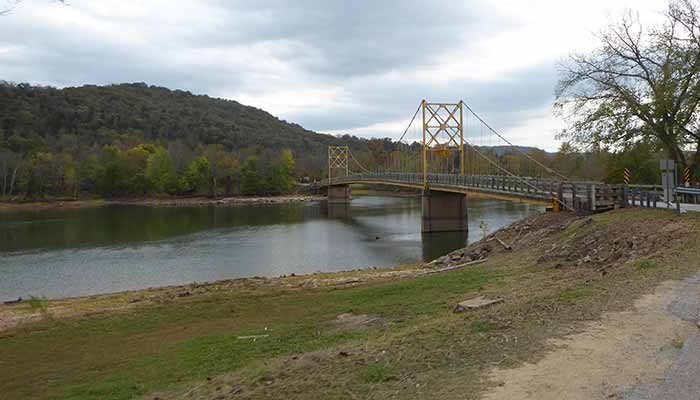 We drove further down the loop, past the dam and lake, then headed home. It was a nice drive, but no spectacular pictures.

The charm of these drives is captivating and as we said in the previous post, most of those moments are not captured in photos. We did, however, capture a few.

Eureka Springs has many unique buildings, but this one, just outside of  town, caught our eye each time we passed by. 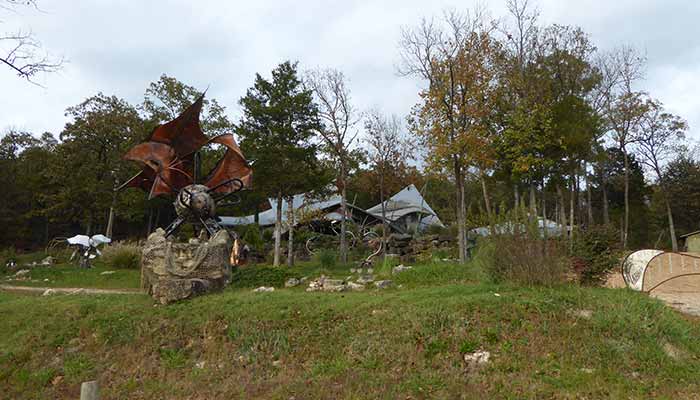 While driving through Fayettville, AR we saw a most amazing site: our first Whataburger since the we left Austin in March!
And yes, lunch was awesome! 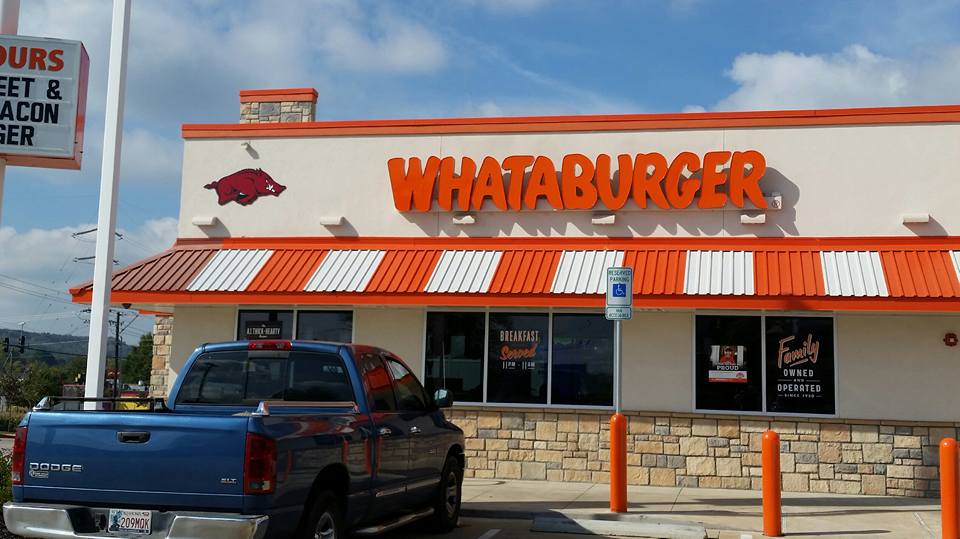 Out in the country, we often see houses and barns that are quite picturesque. It seems the most charming ones are the ones just about to fall apart! 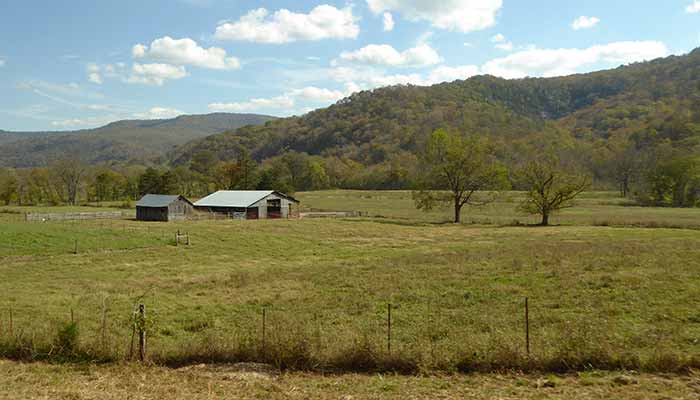 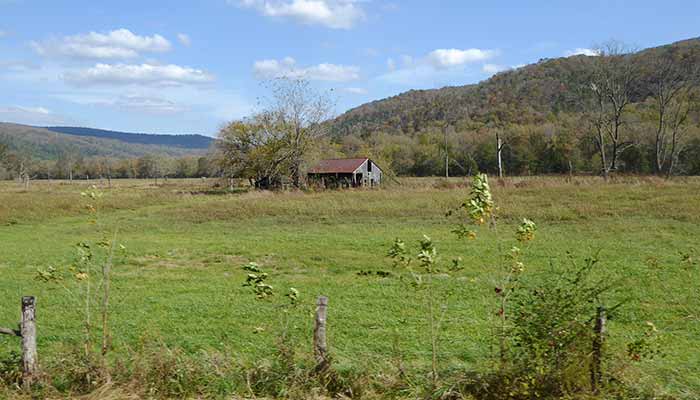 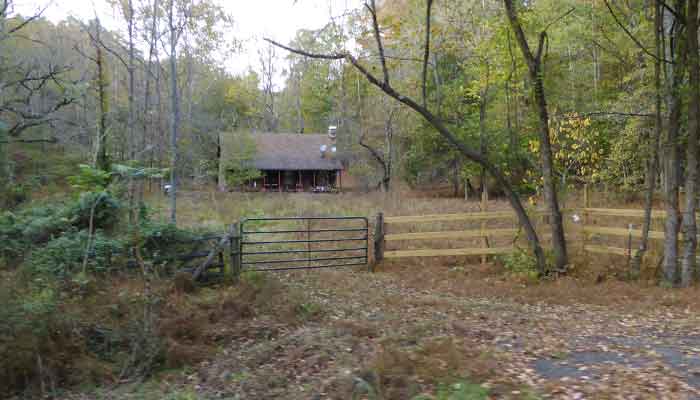 Most of what we did here in Arkansas was on the bike. We did, however, get in a few short hikes. The War Eagle Trail was near our campground, so we took one morning to explore it. We met a couple from Ohio who were just finishing up as we drove in. Other than them, the trail and parking lot remained empty. It was a nice walk along the river with a few up and downs. Along part of the trail was a wire fence to keep you from falling off the ledge. 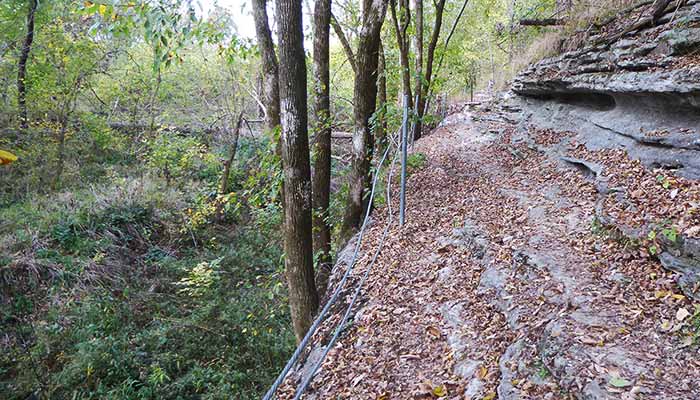 We didn't walk the entire length of the trail, but we did walk far enough to get this nice view. 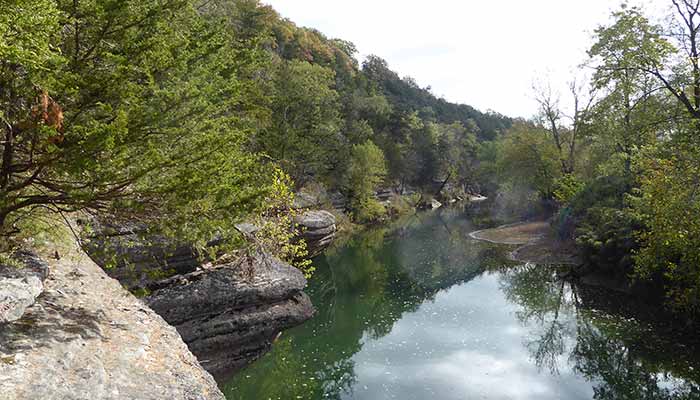 We sat on the rocky ledge for a while talking and enjoying the view. Except for the occasional hawk or buzzard overhead, it was very quiet.

We did a few other things while we were here. We worked - of course we do that everywhere we go. It was probably not our most productive two weeks, but we were able to get a lot done.

And we voted. Because we are not usually in Texas on election day, we get our absentee ballot by mail. It's an easy way to vote since we can sit at our desks, research candidates on the computer, and take as long as we need in our personalized voting booths. Small races matter too and it it is nice to take as much time as we need to read about the candidates and issues. 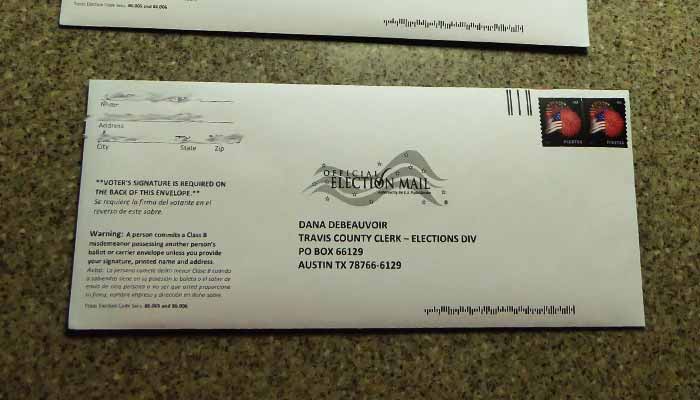 Our research, the news, and the obvious fallen nature of the human race just reminds us of our need to continually pray; for ourselves, our fellow man, and our country. Our culture has distorted truth and morality with lies and selfishness. It is not just the other guy affected by this, it's all of us. When we live life without acknowledging God moment by moment, our foolish hearts will remain dark. 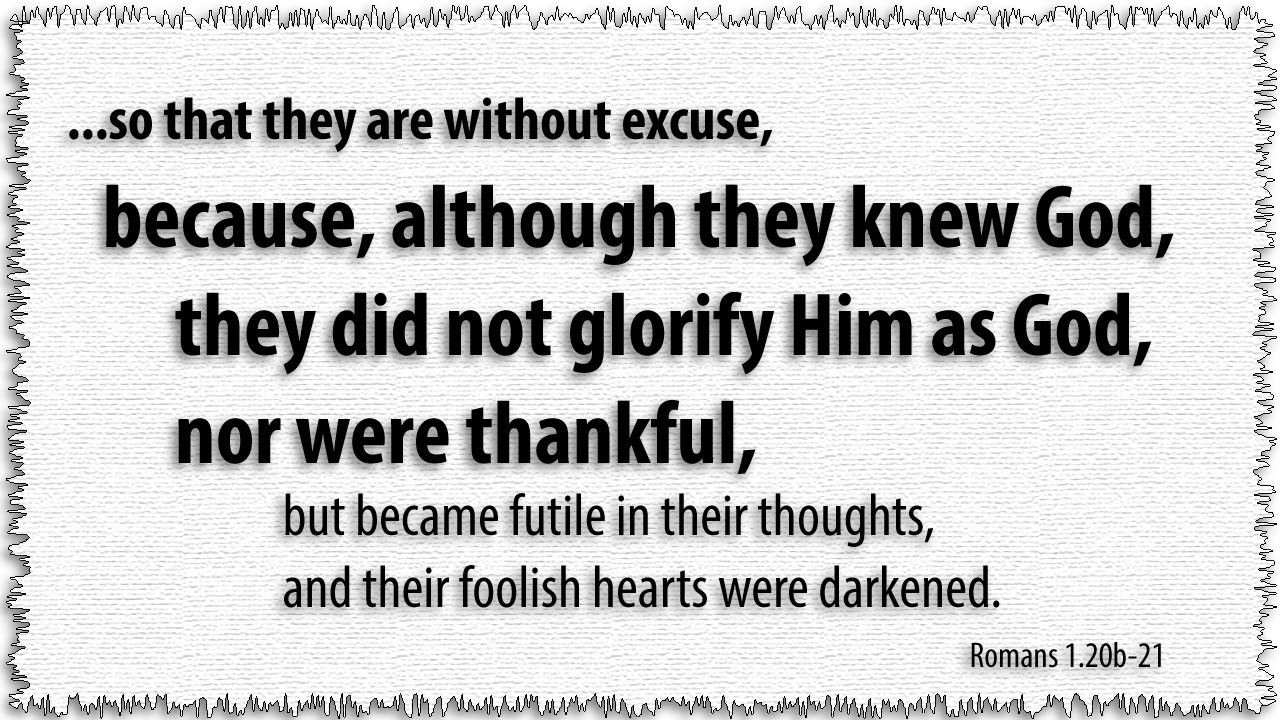