We've  been in Hutchison, KS for almost three weeks. We arrived early for the rally hoping to get some work done. We got a little work done, but many folks arrived early and we did a lot of visiting, too.

Before the rally, we had some severe storm warnings in our area. All the severe weather missed us, developing more to the east, but we saw some brilliant shows in the skies. 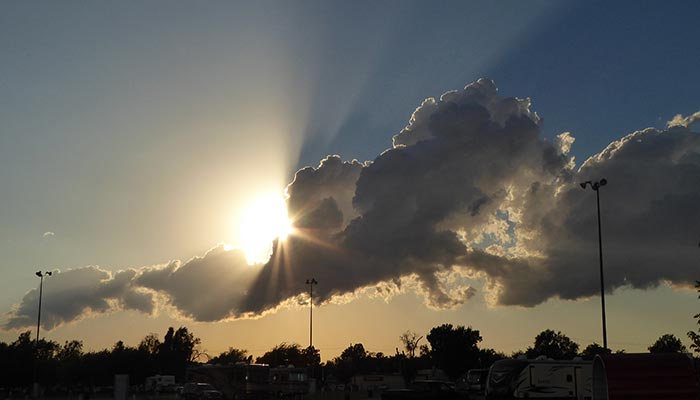 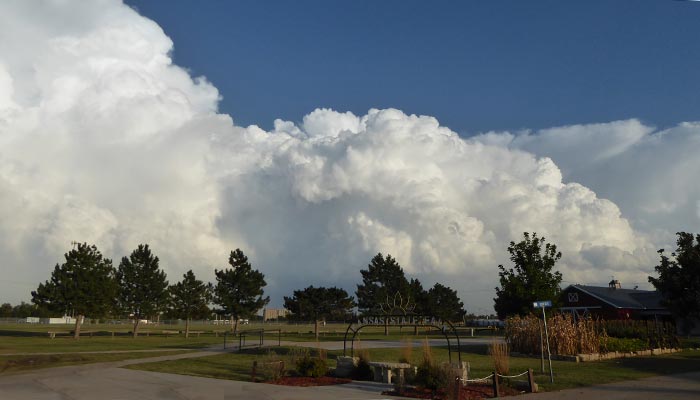 During one such warning before the rally began, the Kansas State Fairgrounds allowed us to put our trucks undercover because large hail was predicted. This was one of those times when the storms missed us. Needless to say, we were thankful. 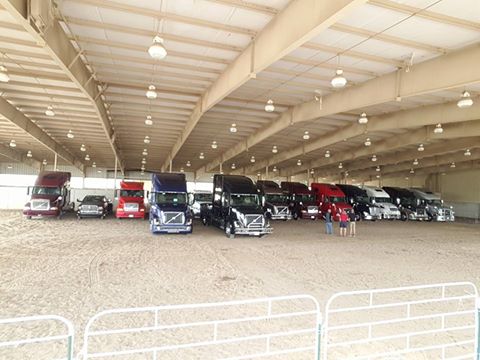 Day ten of Trey's stiches was here and it was time for them to be removed. Rather than go to another clinic, he let Susan do the task. He would have done it himself, but it was on the outside of this right arm - somewhat difficult for him to see, much less work on. One of the men here is a retired pysician and he lent us the tools necessary for the job. We could have come up with comparible tools from what we had here, but why not use the real thing! One of the stitches fell out on its own some time during the week - it was through the chewed up part of the tear. Susan was able to remove the other four very easily. The wound is healing nicely with no sign of infection, but we are certain it will leave a lovely scar. 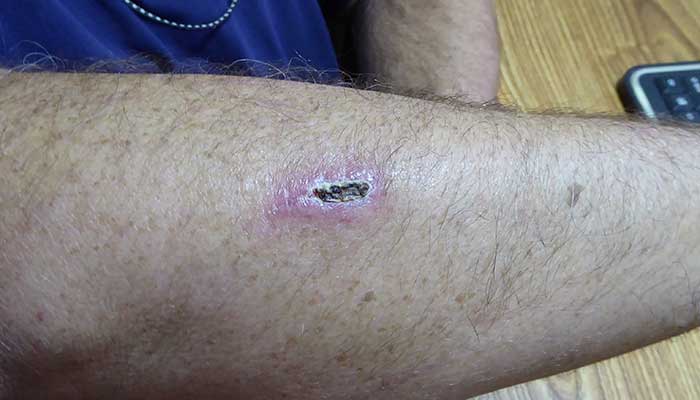 The National HDT Rally, Heavy Duty Truck Rally, is every October in Hutchison, KS. We meet up with friends who pull RVs with big trucks like us. It is a very busy and very fun week seeing folks we don't get to see that often and meeting new folks along the way. It is a great group of people and we love getting to learn new things about our friends. We share joys, sorrows, and simple things that most folks who see each other regularly don't think about. 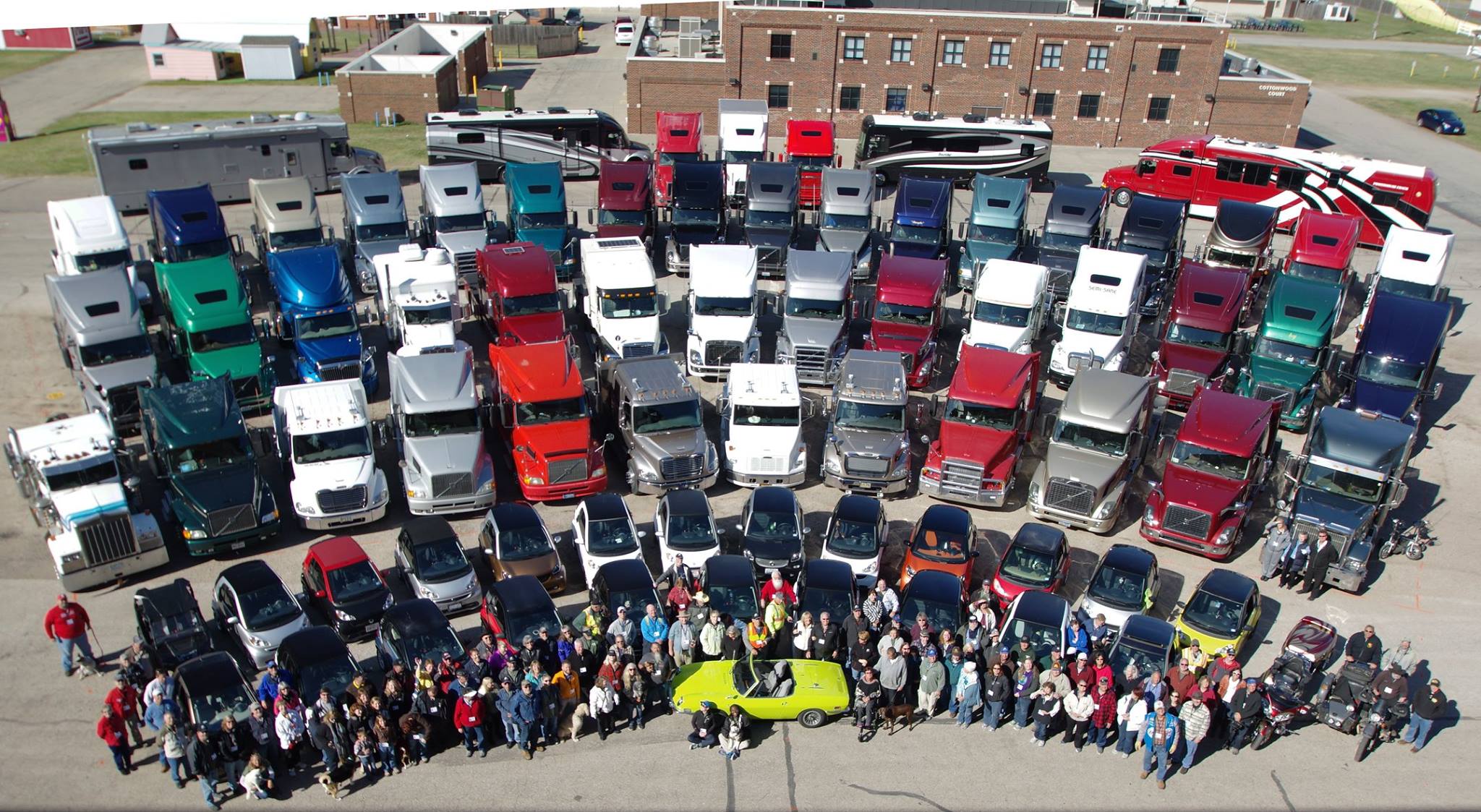 This year, the regional news station in Wichita did a TV story on the rally: http://www.kake.com/story/33395917/full-timer-big-rig-campers-rally-in-hutchinson. We are not anywhere in the video, but several of our friends are. Take a look of you are interested.

By the end of the Rally each year we are exhausted. We've been to six of the last seven rallies and have formed some wonderful friendships. We have the opportunity to occasionally met up with some of these folks through the year, but we mostly count on the HDT rally for face to face interactions. Trying to pack a year's worth of fellowship into one week is a bit much for anyone. It is hard to stay inside and work when you know dear friends you rarely see are outside. But it is also difficult to interact with others all day every day. Finding that balance between friendships and sanity can be tricky. We were glad to get a good balance of time with groups of friends, one-on-one interactions, and some quiet time sprinkled in there too.

As you can imagine, the types of friends who pick up and travel the US in a semi truck and fifth-wheel are quite, um, unusual unique (yes, we realize we fall into this category, too). There are so many folks from various backgrounds with very different ideas on how the world is or should be. Most are retired, but some like us are still working. Some travel live year-round in their RVs, some only travel a few weeks or months a year. Some (okay most) are very opinionated, and a few like to keep their thoughts to themselves. One thing they all have in common: they are kind and generous! It is a great to spend a week with these wonderful folks.

During the rally we have the opportunity to share personal struggles and triumphs with friends as years pass. We have these small-moments-in-time relationships where prayer is our primary ministry to one another when we are apart. We may not know the daily tribulations endured by our friends, but we do know their larger struggles and we can lift those up to our Father - He can (and does) handle the details. It is encouraging to hear how He is working in each life from year to year.

During the rally, Susan and a friend took off for a few hours to do a little sight-seeing. They found a little dirt road and enjoyed visiting and taking some pictures of the beautiful fall grasslands. 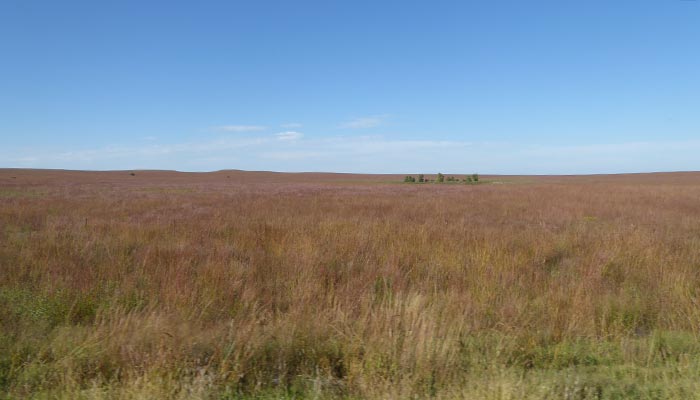 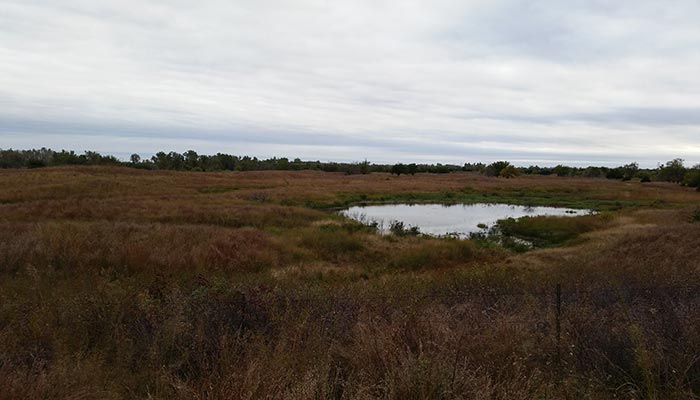 Thanks, Alicia, for a great afternoon!

We remained at the fairground after the rally to rest and catch up on some work. It is amazing how much we can get accomplished when most of our friends are gone! It is quiet. We will miss our friends, but quiet is a good thing right now.

The weekend after the rally brought a Truck/Car/Motorcycle swap to the fair grounds. There were selling everything from windshields to wrenches. It was a five minute walk to the other side of the fairground so we spend a little time Friday and Saturday walking through the swap. We bought a few small tools, but that was it. The conversations around us were most interesting! 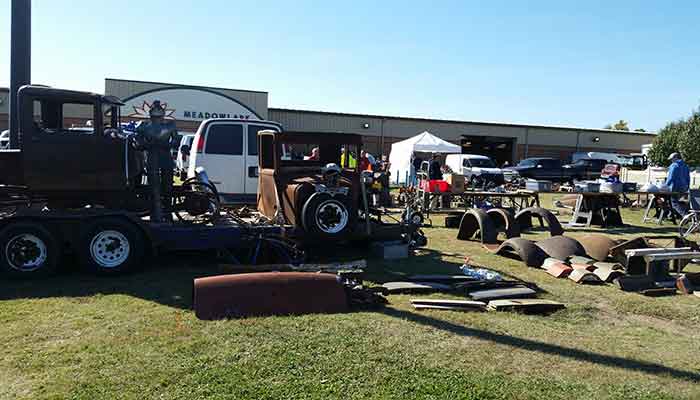 We leave Kansas in the morning and head toward Arkansas. We hope to see a little fall color in the Ozarks.