We spent a little more than a week in Williamsburg, VA. We had a few days of work to do, but we planned to spend some time exploring the area. Then it rained. And rained. And rained. For four days straight we watched the weatherman extend the rain forecast into our time to explore. Finally, after a week of waiting, we ventured our to see Jamestown. We were out two hours when it began raining. We waited over two hours for the storm to pass, then went home. This normally wouldn't be a problem, but 85% of our activities were outside and we were traveling on the scooter. So we waited some more.

Finally, on our last day in town, we had a full day with no rain! We prioritized our week's worth of sightseeing into a few hours and took off. Our priorities were Jamestown (first permanent English Settlement in the New World), then Yorktown (last real battle of the Revolutionary War), then Colonial Williamsburg (a colonial-themed city) if there was any time left. We would miss the Ferry, the Navy Yard, and a scenic drive through the country side. Maybe another time.

Thursday (the day we were rained out) we had been able to listen to a archaeologist talk about past and active digs going on in Jamestown. 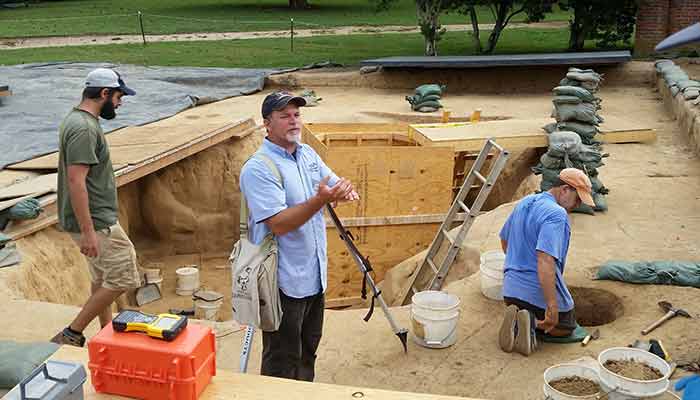 He was a fascinating fellow with many great stories of his and others' finds. The hour-long walk and talk turned into an almost 2 hour walk and talk as our archaeologist fed off many questions from the group. We relearned much of what we had forgotten from our teachers and textbooks, and got a first hand account of how archaeologists answer historical mysteries. Most of what he said was quite good. Some of what he said left us a little skeptical. In areas of science where conclusions must be drawn from incomplete facts, there are bound to be different perceived outcomes. Of course, what seemed logical to us didn't always make for such titillating stories as the ones we heard here. There was also a pitch for a donation to the non-profit which runs the dig. Draw your own conclusions based on the limited facts we gave you.

Admittedly, there is little information about Jamestown and many unanswered questions. The recent digs are helping with that, but we will never know many of the things that went on there. When settlers sent reports back to England, they told the powers that be what they wanted to hear, not necessarily the truth. Times were very hard and they weren't seeing much success.

When we returned to Jamestown on Friday, we took the ranger-led tour. It was also quite good. Again, we were skeptical about some of the ranger's conclusions based on limited facts, but it did make for an interesting hour of listening.

Both of these talks were entertaining and educational. Both speakers were knowledgeable about their subject. Both speakers gave facts and data. Both drew conclusions based on those facts. While they both acknowledged they were speculating, both were very persuasive in their presentations. As we sat listening, we wondered how many of our fellow classmates were discerning fact from fabrication and how many were swallowing the story in its entirety.

In reality, the stories told probably didn't distort important ideas about America's beginnings, but we were still a bit wary of how each of these men presented their version of history. It is sad interesting how entertainment often trumps truth.

Overall, we liked Jamestown and spent much time walking the grounds and reading the plaques. We wondered what day to day life must have been like? How often did lost Roanoke come up in their conversations? How did they imagine the future of this Virginia Company Colony? It was a great way to spend a cool, dry morning.

This was a model of how they thought Jamestown looked. Seeing how they found wooden post locations that had rotted out hundreds of years ago was fascinating. They have been able to recreate much of the Jamestown fort directly over the original location. Here you can see the fence in the background. 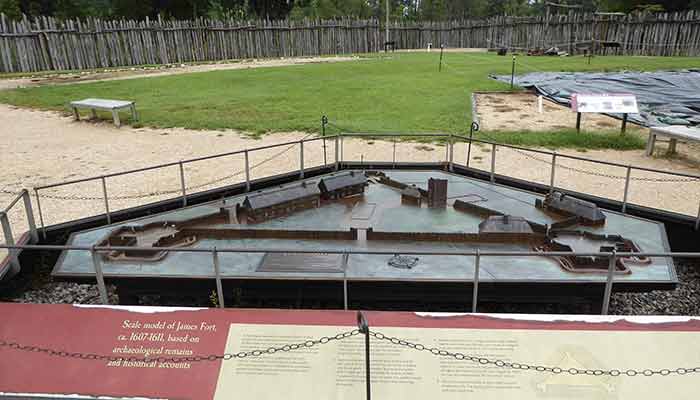 The bunkhouse was erected along with the location of the church and meeting house in a corner of the fort. 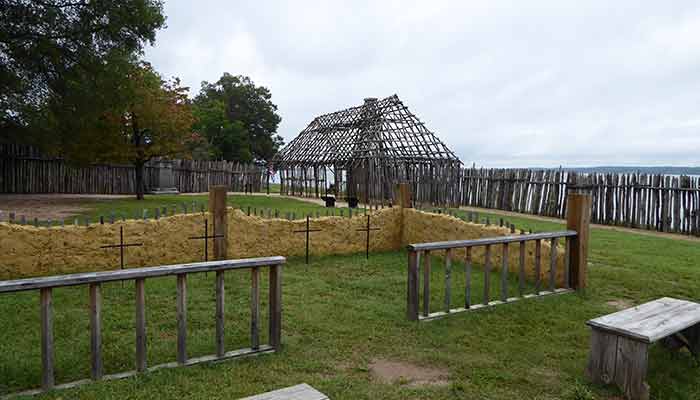 Once Jamestown began to succeed, more than a decade after the original settlers arrived, more permanent structures were built outside the fort area before the entire town moved to Williamsburg. 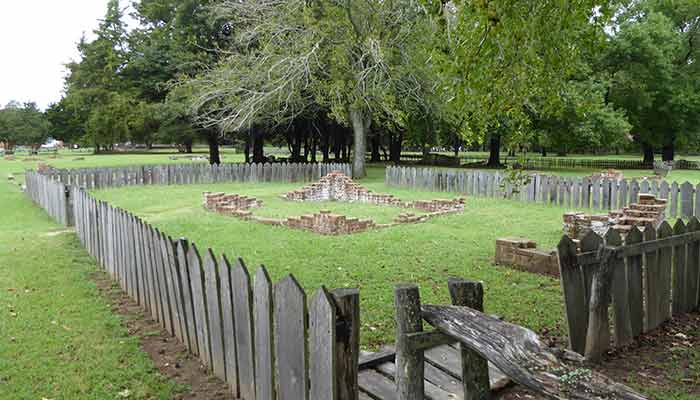 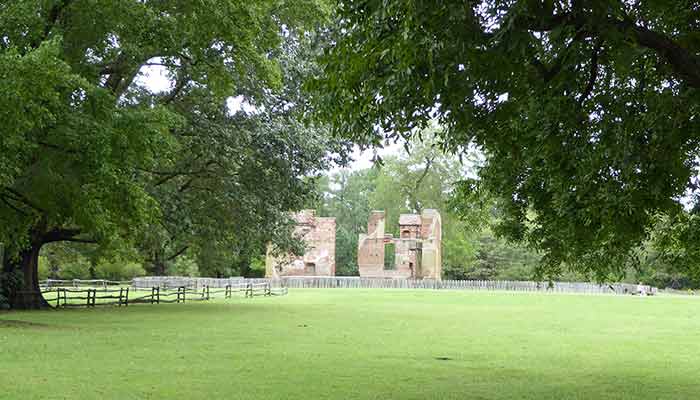 This church was rebuilt several times over the years. 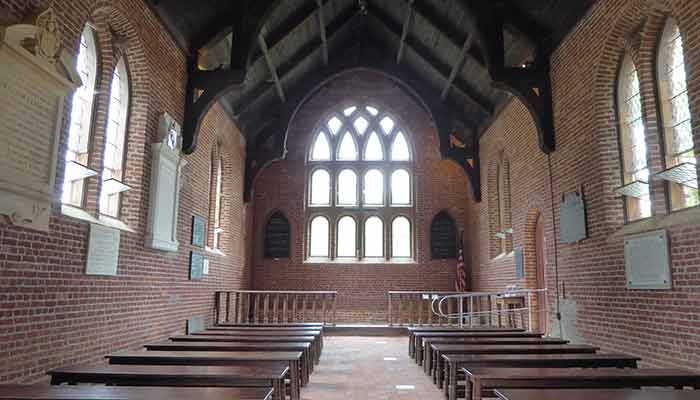 Next stop: Yorktown. There is a  parkway connecting Jamestown, Williamsburg, and Yorktown. There were many plaques and way-points along the road, but there was no time for stopping. 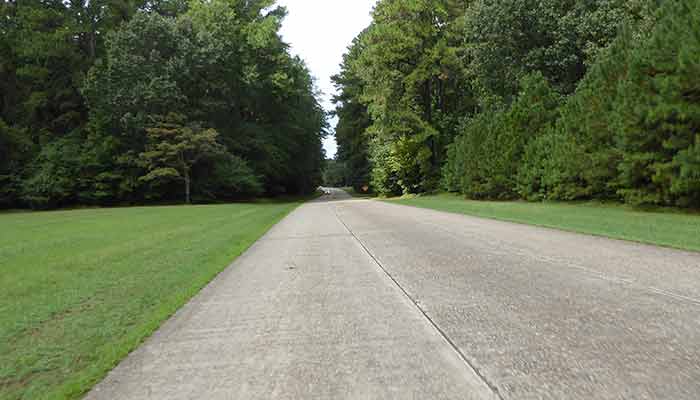 In Yorktown, we chose another ranger-let tour after walking through the museum and visitors center. Our guide did a wonderful job of explaining the events of the Siege at Yorktown and kept it quite interesting without the extras we received in Jamestown. We learned of the weaponry, the battlefield, and the strategies used by both British and American forces. Again, we were shamed by how little we remembered from our history lessons in school. Here is a quick tour of some of the sites we saw.

These are trenches built during the siege. 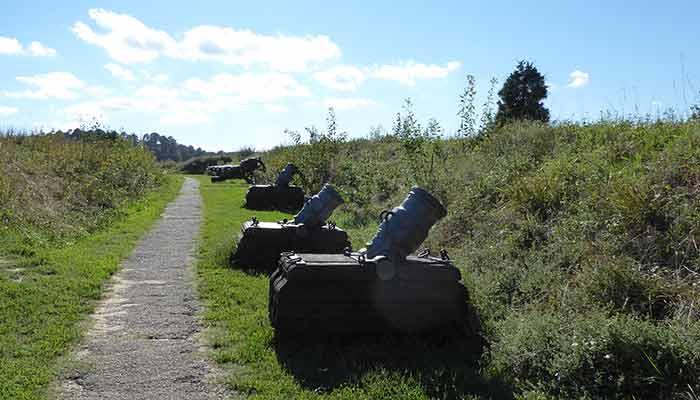 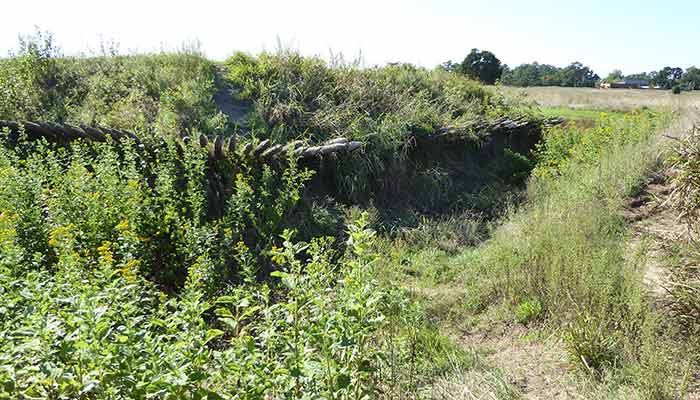 This is the field where British troops surrendered to the Americans. 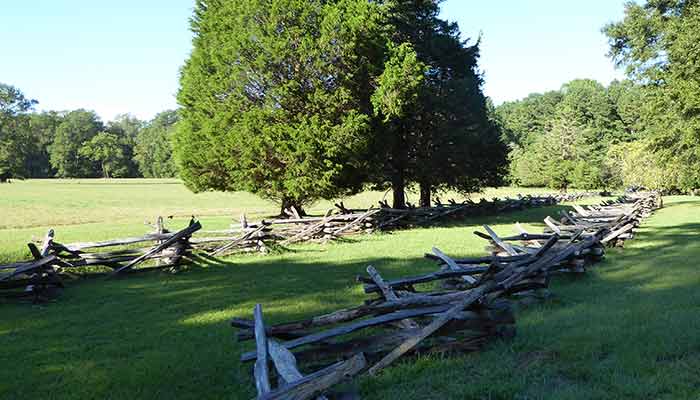 It really was an interesting tour. It was great hearing stories about the types of cannons used and the strategies soldiers employed. There were also stories that were difficult to hear - especially those regarding the loss of life that occurred. It was good to reflect on the history that birthed our nation. Many risks were taken and many lives were lost while winning the freedom we currently abuse enjoy.

Jamestown and Yorktown took up most of our day. Since Williamsburg was on our way home, we did a quick drive-by, but didn't stop. This is a map of Colonial Williamsburg. 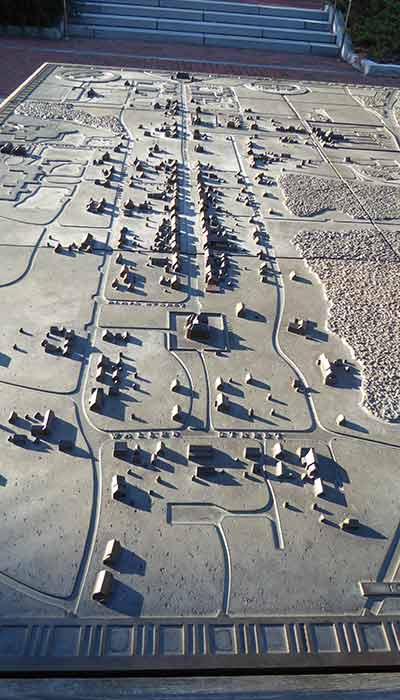 We just drove the roads where cars were allowed (most of the streets are only for walking) and it seemed pretty cool. Maybe next time we will have more time to explore.