Our last week in Pennsylvania was spent mostly working. We had planned to do a couple more factory tours because York calls itself "The Factory Tour Captial of the World" but we got involved with work and never made it back out. Maybe next time.

We had almost a week before our next stop, so we decided a stop in the Shenandoah Valley might be nice. It was!

We carefully planned our route since we knew we'd be traveling through four states on some smaller roads. After consulting with our map program, our trucker's atlas, and various DOT websites, we thought we had a fairly safe travel plan. Then, twenty minutes into our trip, we ran into this. 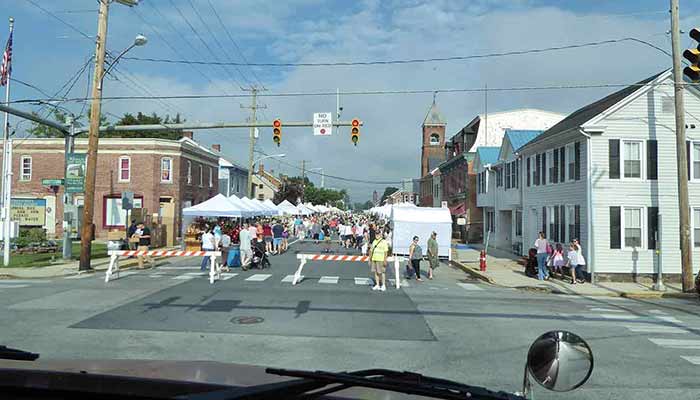 Even carefully made plans still come with surprises! A friendly gentleman confirmed our last-minute detour and with only 15 or 20 minutes delay, we were back on track.

The rest of the trip went well. We passed miles of apple orchards along the way. There were many apple trees of various colors, shapes, and sizes with numerous fruit ripe for the picking. Evidence on the ground confirmed that some trees were well past ripe. We saw some workers harvesting, but it was the weekend. Apple picking is done by hand and takes a while. 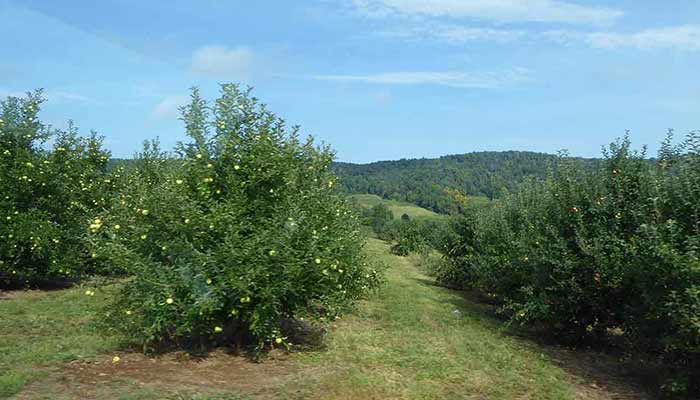 Excuse the blurriness of the picture. It is often difficult to get a good shot  going 55 mph down a small country road.

The Shenandoah Valley was beautiful. We unloaded the scooter and rode a few scenic drives. One was Skyline Drive, the Northern part of the Blue Ridge Parkway. It is a 110 mile 35 mph limited access parkway through Shenandoah National Park.  It has wonderful views of the Valley to the west and the Piedmont to the east. It was nice to slow down a bit and enjoy the quiet parkway for a few hours. 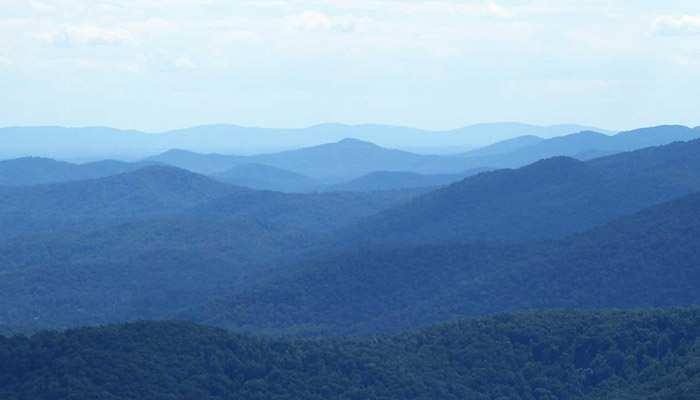 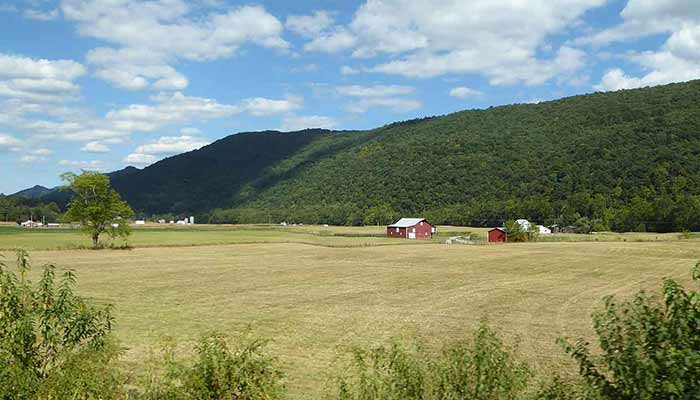 On another day, we drove through West Virginia to see the country side there. It was a beautiful drive through mountains and small towns. After lunch in one of the larger small towns there, as often occurs, a man approached us and asked about our scooter. He lived in the area and often rode his bike through the mountains but was stuck power-washing his house that day. We told him our plans and he suggested a short diversion. Spruce Knob was just 12 miles off our planned route and was the highest point in West Virginia. We thanked him for his help and rode off.

It was a very nice, quiet drive up to Spruce Knob. 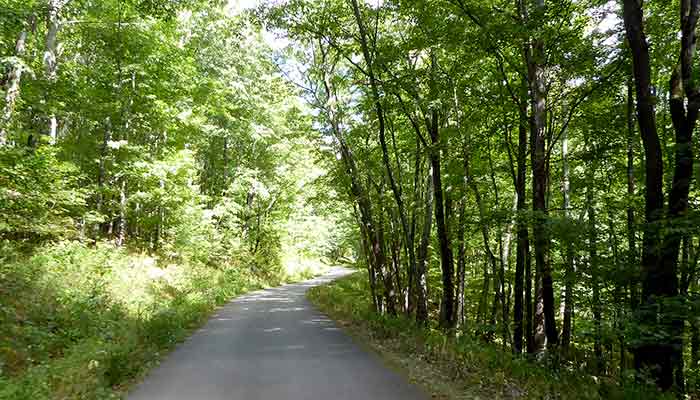 Very little traffic passed us on this narrow 12 mile road. Once at the top, we parked and walked to the observation tower. Closed. There was, however,  a small nature trail around the top of the knob that had great views, so all was not lost. 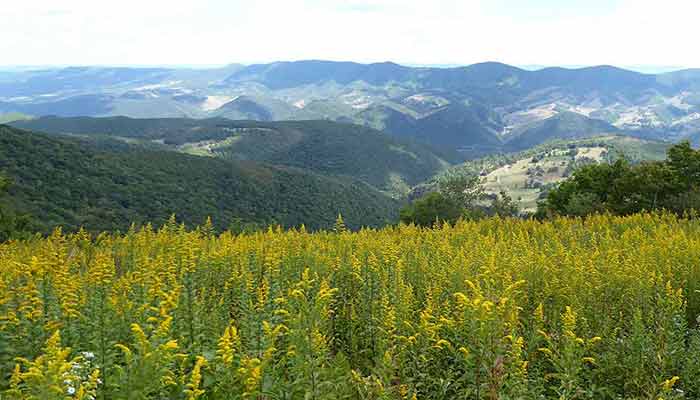 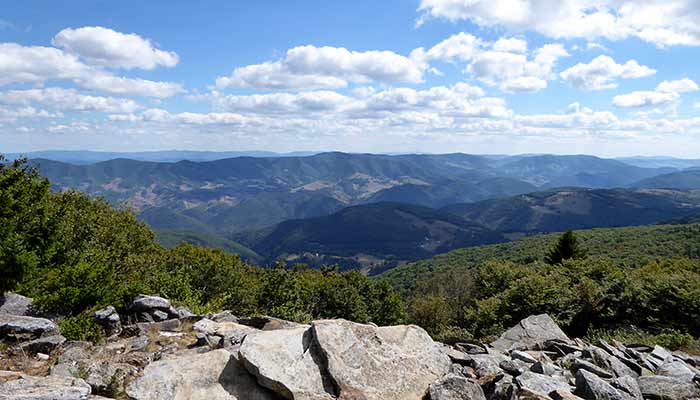 After Spruce Knob, we continued on our way and saw more wonderful sites, like Seneca Rocks (below). 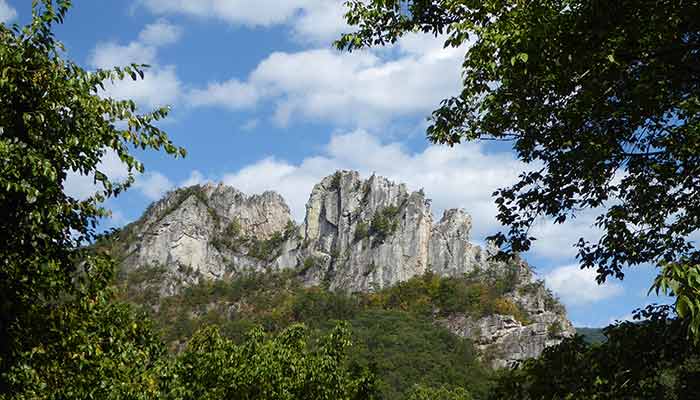 It was a good, but long, day. We were quite glad to get home!